A familiar face is back in Florida’s 2021 class. 4-star defensive back Kamar Wilcoxson flipped his pledge from Tennessee back to UF, committing to Dan Mullen’s Gator program for the third time in his recruitment.

Wilcoxson originally committed to UF on Nov. 3, 2018. He then backed off that pledge on April 27, 2019. Just a few months later, July 27, 2019, Wilcoxson decided to re-commit to the Gators. The second commitment lasted until March 26, 2020. A month later, April 27, 2020, Wilcoxson committed to the Tennessee Volunteers. In a lengthy note (below) posted on Twitter with his commitment announcement, Wilcoxson says, “I’m blessed to be committed to the University of Florida for good. My recruitment is officially over.”

With Wilcoxson on board again, Florida’s 2021 recruiting class now has 19 commitments. Wilcoxson’s junior highlights from Stephenson High School in Georgia can be viewed below via Hudl. In January, he announced that he will play his senior season at the IMG Academy in Bradenton, Florida. 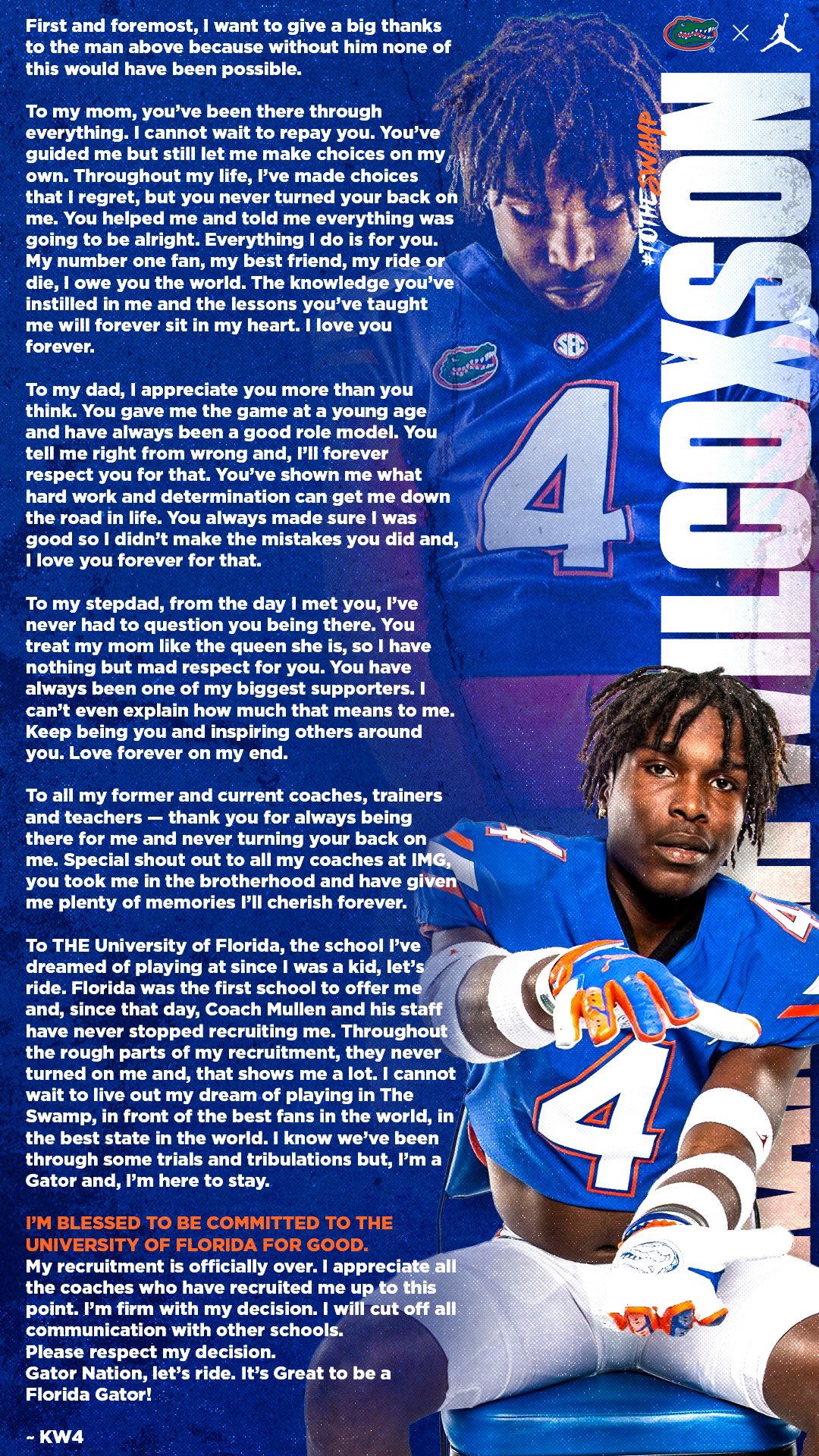