One of the SEC’s best freshman has declared for the 2019 NBA Draft as Florida’s Andrew Nembhard has informed the Gator program he will explore his professional options in the coming weeks.

Based on Nembhard’s statement, which can be read below, he could potentially return to the Gators next season. New NCAA rules allow players to not only hire an agent but go through the entire NBA Draft and return to school if they aren’t selected by an NBA team, as long as they participate in the NBA Combine prior to the draft.

There’s little doubt Nembhard would be selected in the 2019 NBA Draft but the question he’s likely eager to find out is just how high he is projected to be selected. Nembhard started all 36 games for the Gators last season in his collegiate debut and was honored as an All-SEC Freshman Selection. His 196 assists on the court represent the fourth-highest total in school history for a single season.

Here is the statement Nembhard released on Twitter to announced his decision: 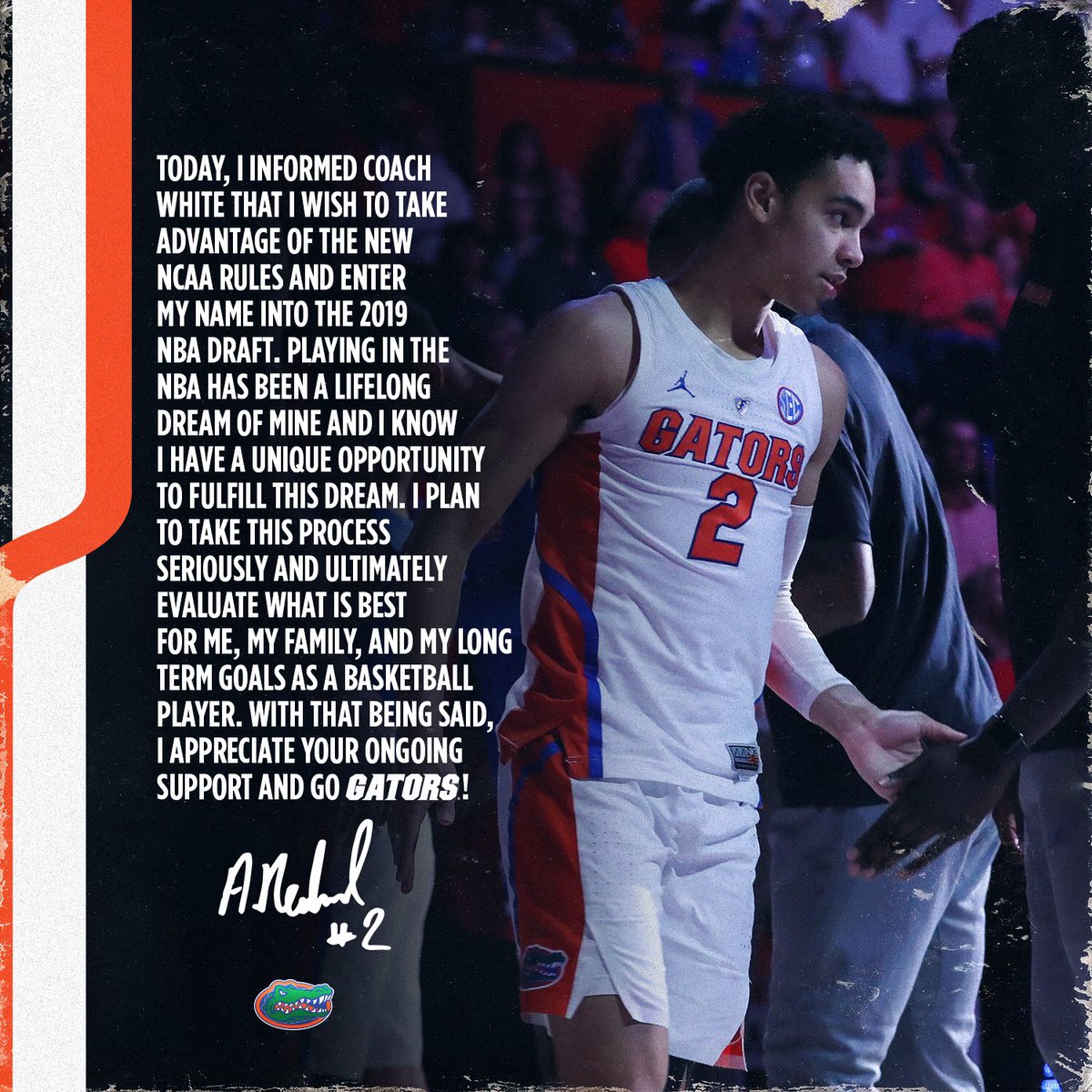 RECENT ARTICLES
FLORIDA
Travaris Robinson said he was headed to Florida until Manny Diaz won him over: 'At the end of the day, I want to win'
FLORIDA
Former Florida TE Ben Troupe brutally trolls Georgia when asked about Tom Brady's longevity
FLORIDA
Florida officially announces hire of cornerbacks coach/recruiting coordinator Jules Montinar
FLORIDA
Kyle Trask will reportedly not participate in the Senior Bowl
PRESENTED BY