Florida fans are learning that Billy Napier wants a competitive spring game. The Gators are set to hit the field Thursday night for their annual Orange and Blue Game, the first under Napier.

On Wednesday, the team’s official Twitter account shared the rosters for the two teams. The Orange and Blue squads have been separated for this week’s practices, the last of the spring session. Under Napier, however, dividing up the team into 2 squads goes beyond players.  The rosters for Thursday show that all staffers, including all those in an off-field role, have been assigned a team for Thursday’s game. 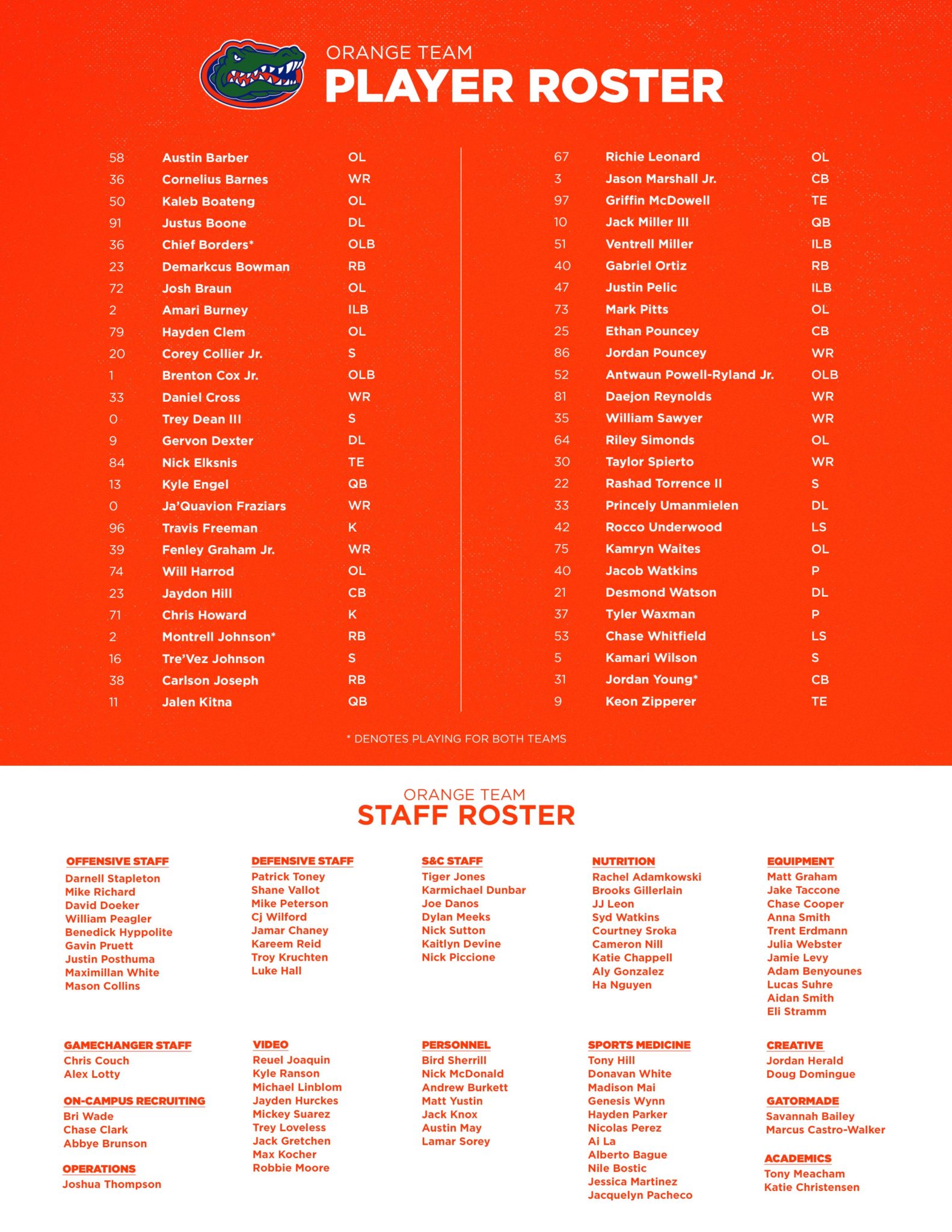 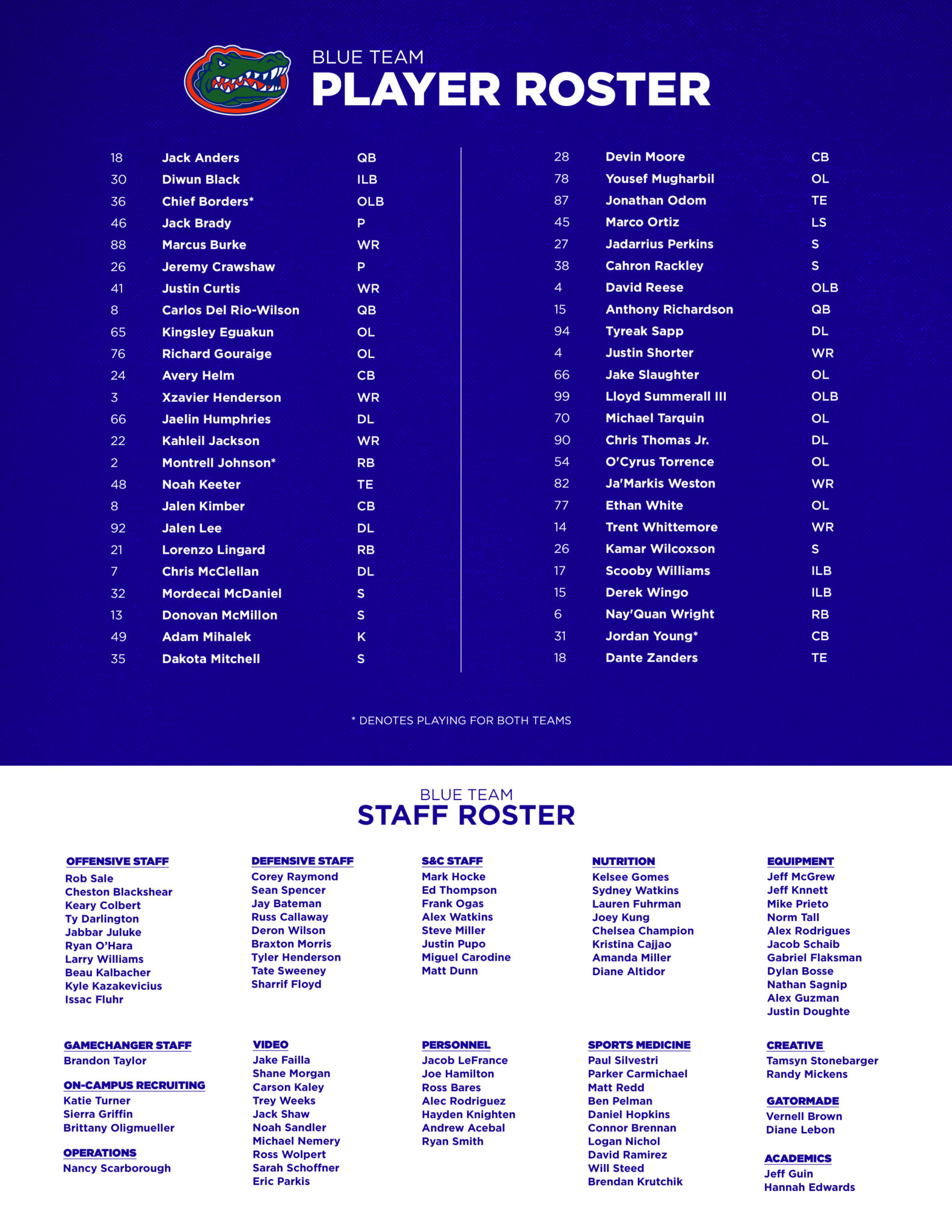 Florida’s website states that the game will feature 4 quarters, a 15-minute halftime and a running clock with the exception of the last 4 minutes of each half. The clock will also stop for penalties, change of possession and scores. Kickoff is set for 7:30 p.m. ET, streaming on SEC Network+.