The SEC made a boatload of money in 2014, and Florida cornerback Jalen Tabor is irked that players didn’t get a piece of the pie.

USA Today’s report that the SEC made $527.4M during the first year of the SEC Network and College Football Playoff turned a lot of heads, including that of Tabor, who tweeted this out:

“The SEC Made 527.4 Million in Total Revenue and Players Ain’t Get A Penny. Modern Form Of Slavery,” Tabor tweeted.

Tabor later backpedaled from his choice of words about a half an hour later.

Went to far with slavery I can admit I'm wrong on that . But y'all get the message .

Obviously, Tabor isn’t the only college football player who has voiced displeasure over not being compensated. In fact, one of his teammates, defensive tackle Caleb Brantley, came to his defense with this cartoon on Instagram before deleting the post: 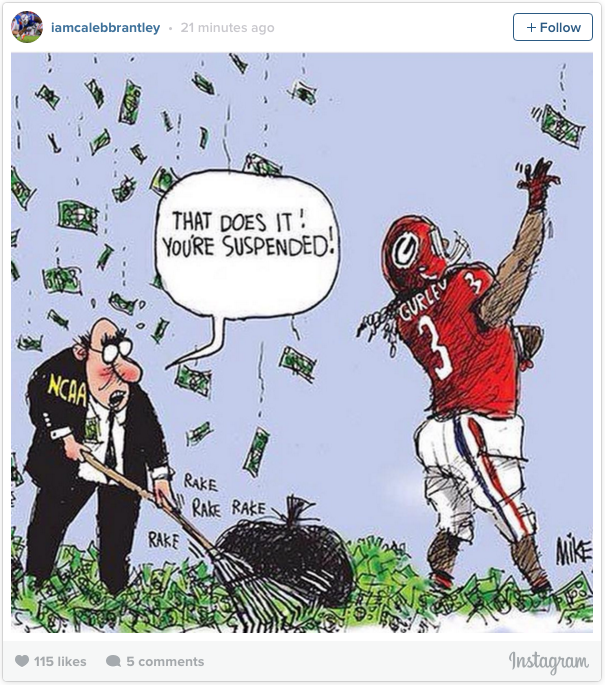