Florida travels to Atlanta on Saturday for the SEC Championship Game. Nobody with a clean bill of mental health gives the Gators a chance.

Awaiting them is Alabama, the No. 1 team in America from start to finish during the regular season. The Crimson Tide were originally 21.5-point favorites, although that line has already been bet up to around 24 or so.

While UF is champion of the East, there wasn’t much in the way of competition in the division this year. Tennessee — everyone’s pick in the preseason — failed to live up to expectations. Georgia didn’t get much of a bump with new coach Kirby Smart. Neither Kentucky, Missouri, South Carolina nor Vanderbilt was a genuine threat.

‘Bama, on the other hand, went undefeated and largely unchallenged negotiating the West, typically the nastiest division in the country.

The Tide are the lone unbeaten team representing a Power 5 conference. UF is the only program in the league outside of Alabama with as little as three losses. All the other 12 squads have at least four blemishes on their record.

A popular topic among SEC sycophants the last half a decade or so is the disparity between the East and West. Since quarterback Tim Tebow ran out of eligibility at Florida — and coach Urban Meyer bolted a year later — the two divisions have teeter-tottered. The East is no longer king of the hill. The West has taken control.

However, in 2016, it isn’t the West that’s so dominant. It’s the Crimson Tide that are so dominant. They’ve lapped the entire field. 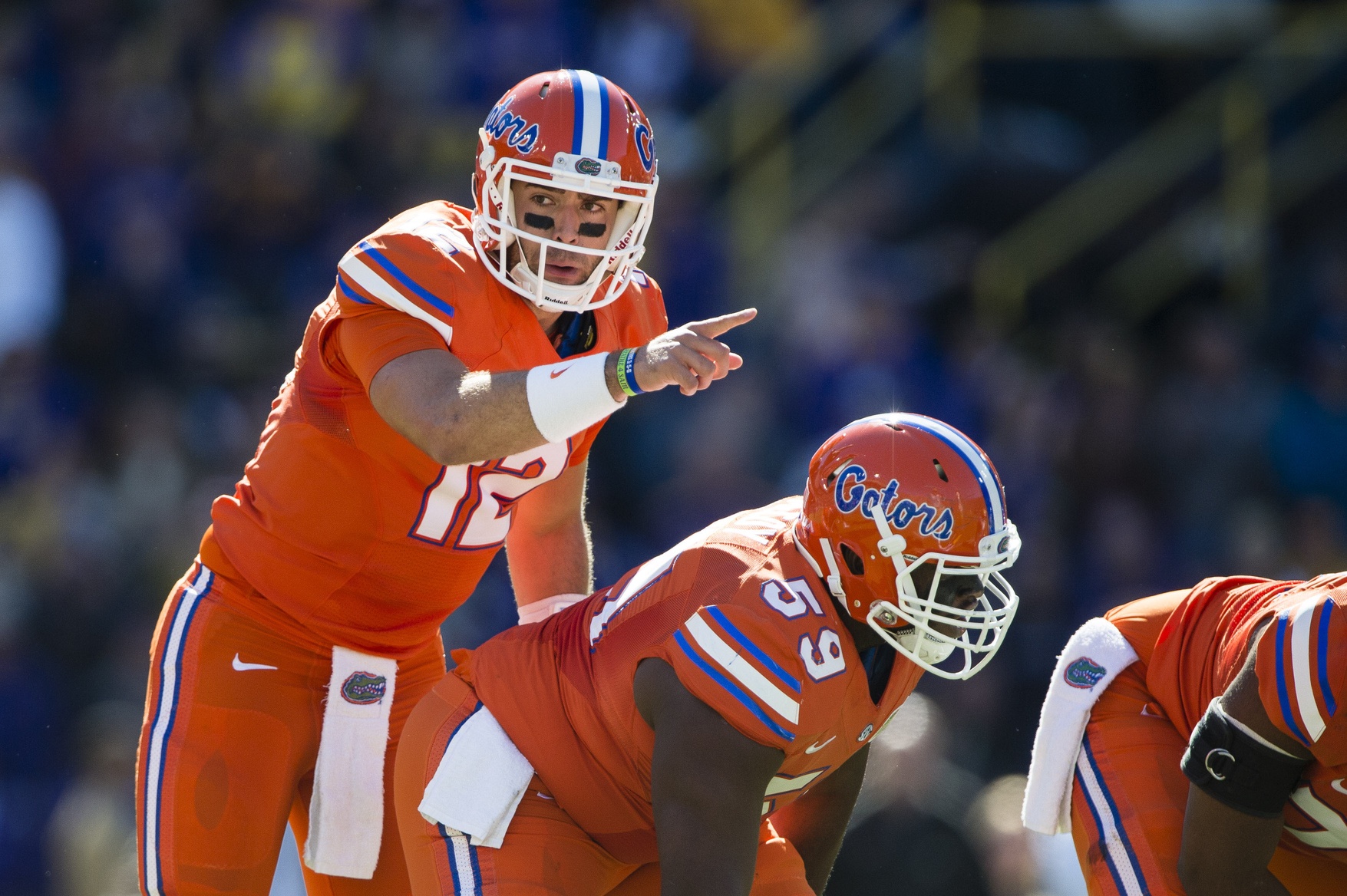 Even the special teams are sound in every phase — to be fair, kicker Adam Griffith has missed his share of field goals. LSU supposedly had enough talent to keep up. Wrong. Texas A&M looked sneaky the first half of the season. Wrong. Auburn got some momentum late. Wrong. All of them were double-digits losers to the Tide.

Florida is considered little more than a sacrificial lamb. Somebody has to go to the Georgia Dome, so it might as well be the Gators.

“It’s kind of like a minor league NFL game, if that makes sense,” quarterback Austin Appleby (above) said Monday via conference call. “There’s going to be first-rounders and NFL players all over the field. This is what it’s all about in the SEC. Between an Alabama and Florida program, there’s talent everywhere. And we know what’s at stake. We know what’s on the line. We know what we’re up against.

“It’s a great challenge, and I think, if you’re a competitor, which we are — and I know I am — you want to go play against the best on the biggest stage.”

If UF has one advantage, it could be in the secondary. Cornerbacks Teez Tabor and Quincy Wilson are among the best in the land at their position. Even in a 31-13 defeat this past Saturday, they largely shut down Florida State’s receivers.

“Just me being a competitor, I always want to be the best,” Tabor said. “And to be the best, they’re going to measure you against the best, against who everybody else thinks is the best. So it’s going to be a real exciting game. I know they’ve got some pretty good receivers who they like to give the ball to and can make some plays, so it should be fun.”

The Seminoles have a good offense, but Alabama’s is even better — at least when measured by total yards and total points per game. Quarterback Jalen Hurts is equally dangerous with his arm and his legs. Three separate tailbacks average 5.7 yards per carry or more. While the receiving corps lacks depth, the starters are difference makers. 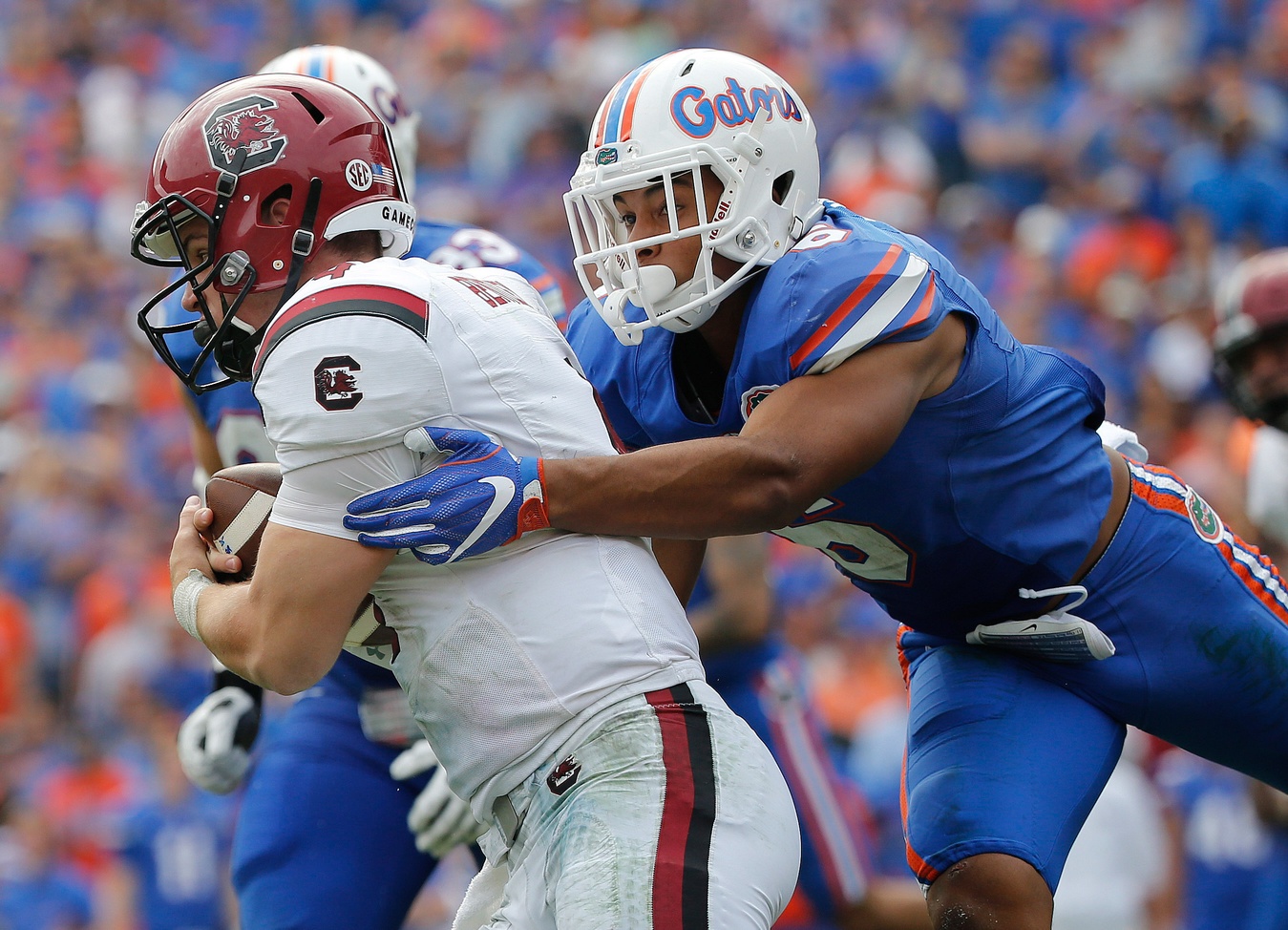 “As everyone knows, they have a good run game, and both the quarterback and the running back,” Wilson (above) said. “Last year, they didn’t have as much of a mobile quarterback. But this year they do. Also, we’re very aware of their receivers and their ability to make a big play down the field.”

When evaluating Florida, there are holes all over the two-deep at this point. QB in particular has again been a weakness.

Appleby, who has taken over for the injured Luke Del Rio, isn’t especially accurate and tends to hold on to the ball too long. When Del Rio was in there, he didn’t have much mobility and threw too many interceptions.

The Gators have been carried by their D, even as the injuries have piled up — the list of names is too long to remember off hand — along the line, in the linebacking unit and in the secondary. But with the offense unable to move the chains consistently, the D has broken down late in losses to Tennessee, Arkansas and FSU.

It’s not like UF won’t bother to show up, though. Two years in a row now, coach Jim McElwain and Co. weren’t supposed to win the East, either. But they did.

“That’s why you come to University of Florida,” Appleby said. “That’s what you dream for. That’s what you work towards. We’ve got an opportunity to accomplish what we set out to accomplish at the beginning of the season, and we wouldn’t want to see anybody else but the best. And we’ve got a chance to play them this week.”

Be careful what you wish for, young man. You wanted the best? Well, you’ve got them. Good luck. You’re gonna need it.