When Florida released its initial Game 1 depth chart, two senior defenders were noticeably absent. Kyree Campbell was not listed on the two-deep at defensive line and Brad Stewart was not listed among the defensive backs. They have both made it on Saturday’s gameday depth chart.

As pointed out by Zach Goodall of Sports Illustrated’s All Gators, Nathanael Gabler of SI Rebels shared the depth chart showing Campbell as Florida’s No. 2 nose tackle and Brad Stewart as No. 2 STAR (UF’s nickel defensive back).

Stewart has primarily played safety in his first three seasons at UF. In 2019, Stewart appeared in 10 games, including four starts, 28 total tackles (17 solo), 2 tackles for loss, a half sack and one fumble recovery. Campbell started in all 13 games for Florida last season, recording 39 total tackles, including 4 for loss and one sack.

On Wednesday’s SEC media teleconference, Mullen brushed off a question about their depth chances, saying both players would be available Saturday at Ole Miss. 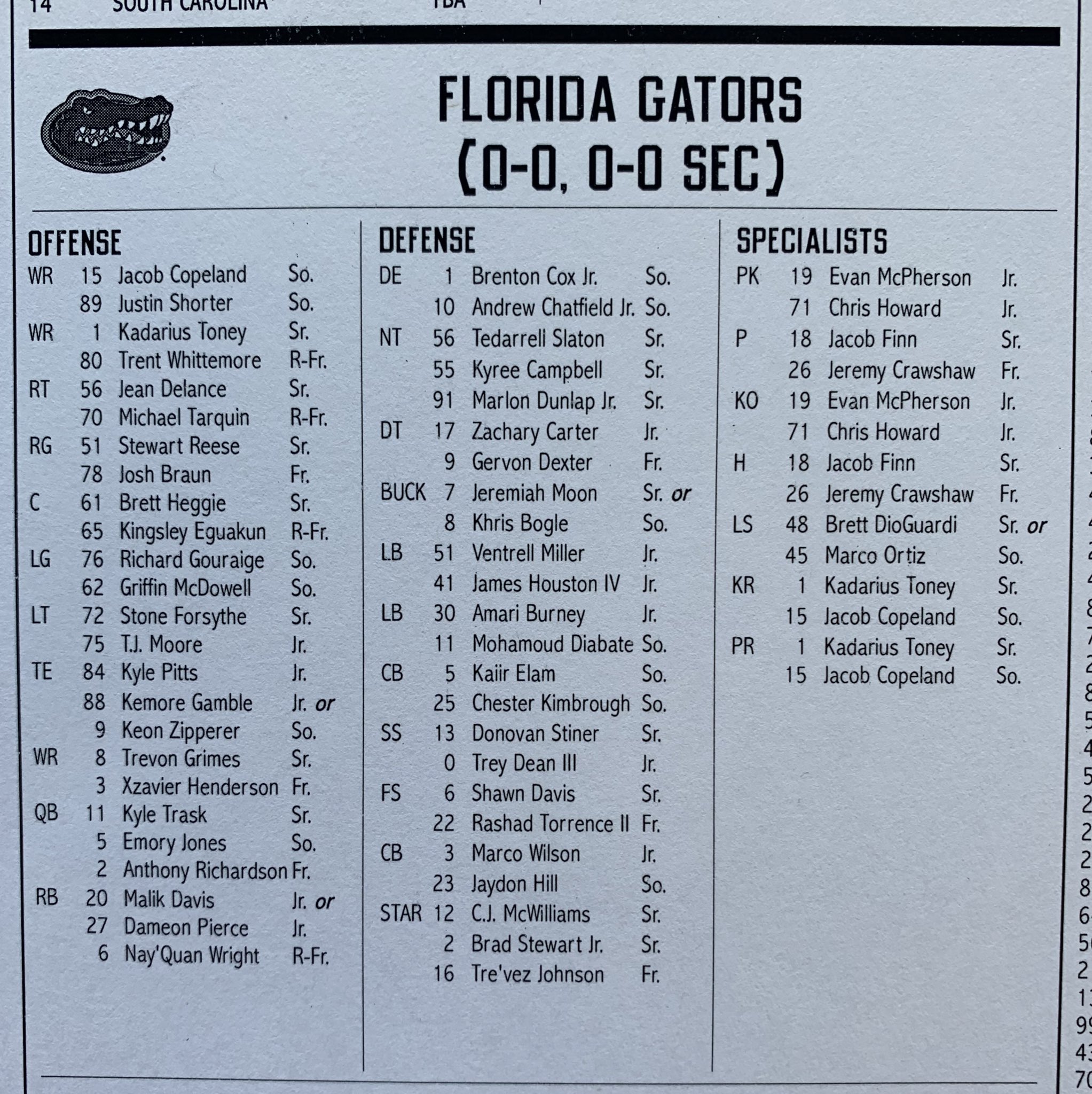