Early in camp, Florida announced the suspension of star cornerback Jalen Tabor and tight end C’yontai Lewis for Week 1 of the season. The suspensions were the result of a “nasty” fight between the two players during practice.

Although the players’ on-field fight was broken up, the two Gators continued to battle on Twitter. 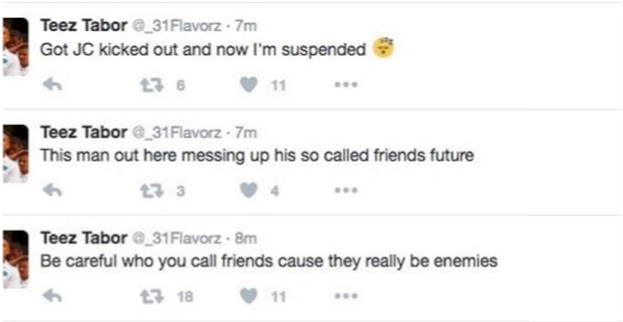 The tweets were later deleted, but not before screenshots were taken. Tabor’s mention of “JC” is in reference to J.C. Jackson, a former Florida defensive back who was found not guilty on charges of armed robbery late last year. Lewis testified in that case.

Not afraid of confrontation on or off the field, Lewis shot back at Tabor’s tweet. 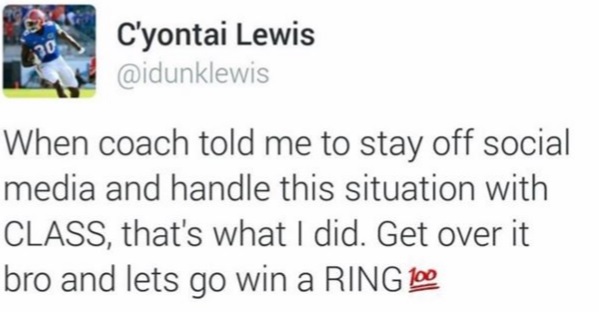 From the exchange, it appears that Tabor still feels some type of way about Lewis. The Gators’ tight end, however, seems to want to put the whole incident behind him and get ready for the season.

Florida figures to be in the mix to repeat as division winners, but in-house feuding is not a good way to start 2016.