A player rated as the No. 8 overall prospect in the nation in the 2018 recruiting cycle is currently on Florida’s campus.

If you were unaware, New Jersey native Justin Shorter left the Penn State program after two seasons with the team and is currently searching for a new home to continue his college football career. It now appears Dan Mullen’s Florida program is among the top contenders for the former five-star prospect from South Brunswick High School as Shorter shared a video on Thursday featuring his visit to Gainesville.

Shorter redshirted his first season with Penn State after appearing in only three games before making 12 catches for 137 yards in 2019. Wherever he winds up, he will be a redshirt sophomore next season.

It’s unclear if Shorter would apply for a waiver to play immediately next season but if he picked Florida, the Gators could likely use him immediately as Mullen’s offense is set to lose senior receivers Josh Hammond, Freddie Swain, Tyrie Cleveland and Van Jefferson this offseason. Even senior running back Lamical Perine caught 35 passes last year.

Those five players combined to make 162 catches for the Gators this season.

Here’s an image from the video Shorter shared on Instagram on Thursday: 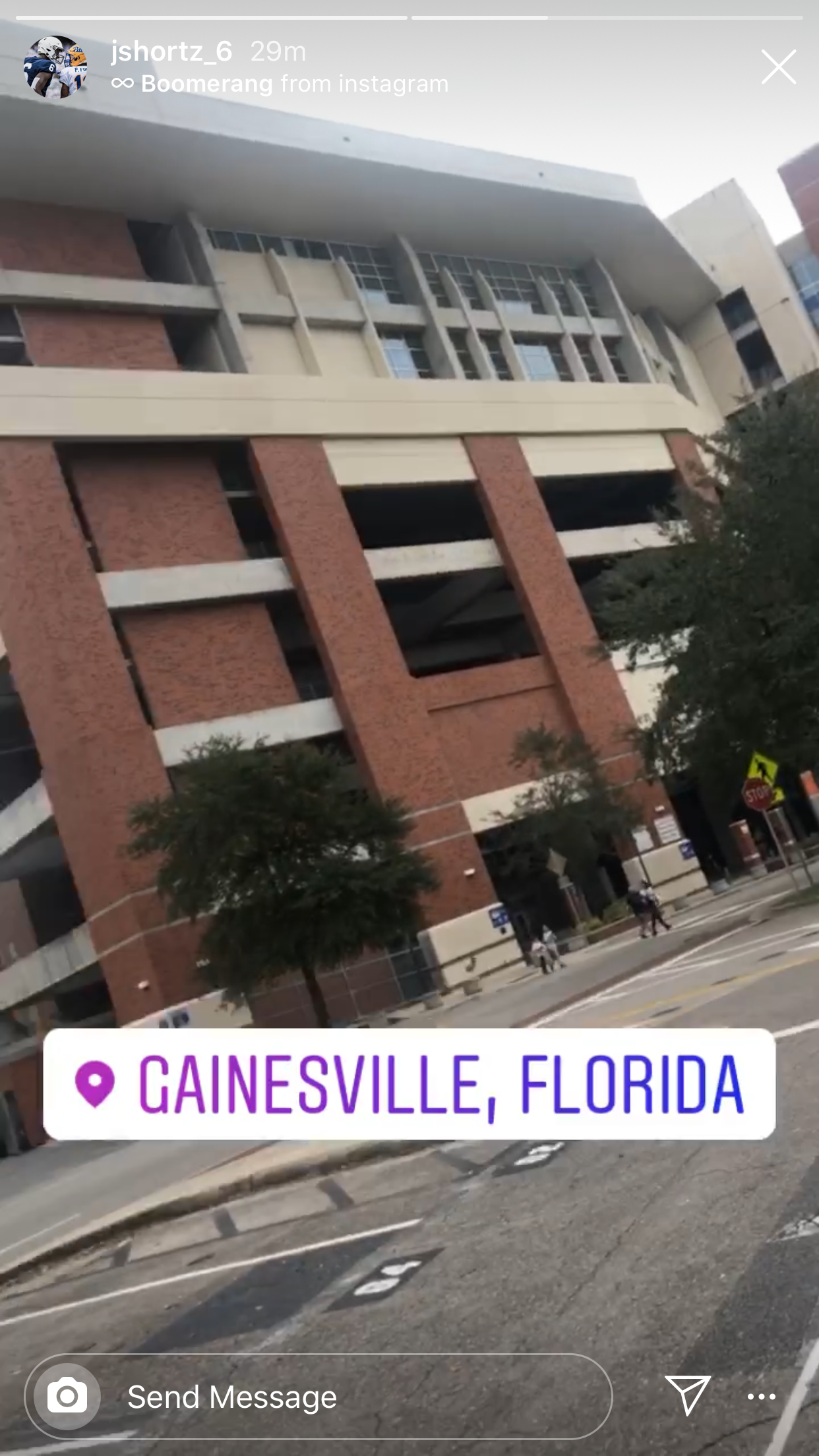