Even after losing to LSU in the Fiesta Bowl, UCF is still talking trash.

While McKenzie Milton did not play for the Knights in the game, he suffered a devastating injury late in the year that ended his season, he’s still talking a big game on social media. Of course, one of the biggest storylines involving UCF heading into the Fiesta Bowl had nothing to do with the New Year’s Six game against LSU. It had to do with Florida’s 2-for-1 offer to the school.

If you missed it, the ADs of Florida and UCF struck up a dialogue in which the Gators offered to travel to Orlando to play UCF in return for the Knights playing two games in Gainesville. Florida currently has that exact deal in place with USF, which is a program in UCF’s league, but the Knights expressed no interest in such an arraignment.

A program that went 0-12 as recently as 2015 is above signing a 2-for-1 with one of the nation’s marquee football programs, apparently.

Once again UCF proved to make more headlines for something that didn’t even happen on the field, just like last season’s “national championship” win over a four-loss Auburn team.

While the LSU-UCF Fiesta Bowl proved to be a great game, the matchup many wanted to see was Florida vs. UCF in a New Year’s Six game. After the Gators destroyed Michigan 41-15 in the Peach Bowl, a meme was created of the image below, posted by elitecollegefootball on Instagram. The latest meme featured Florida celebrating with a fictional “We Want UCF” written on the whiteboard.

UCF QB McKenzie Milton saw the meme and reacted to the mock whiteboard claiming Florida “wants UCF” with a few comments which can be seen below the photo. 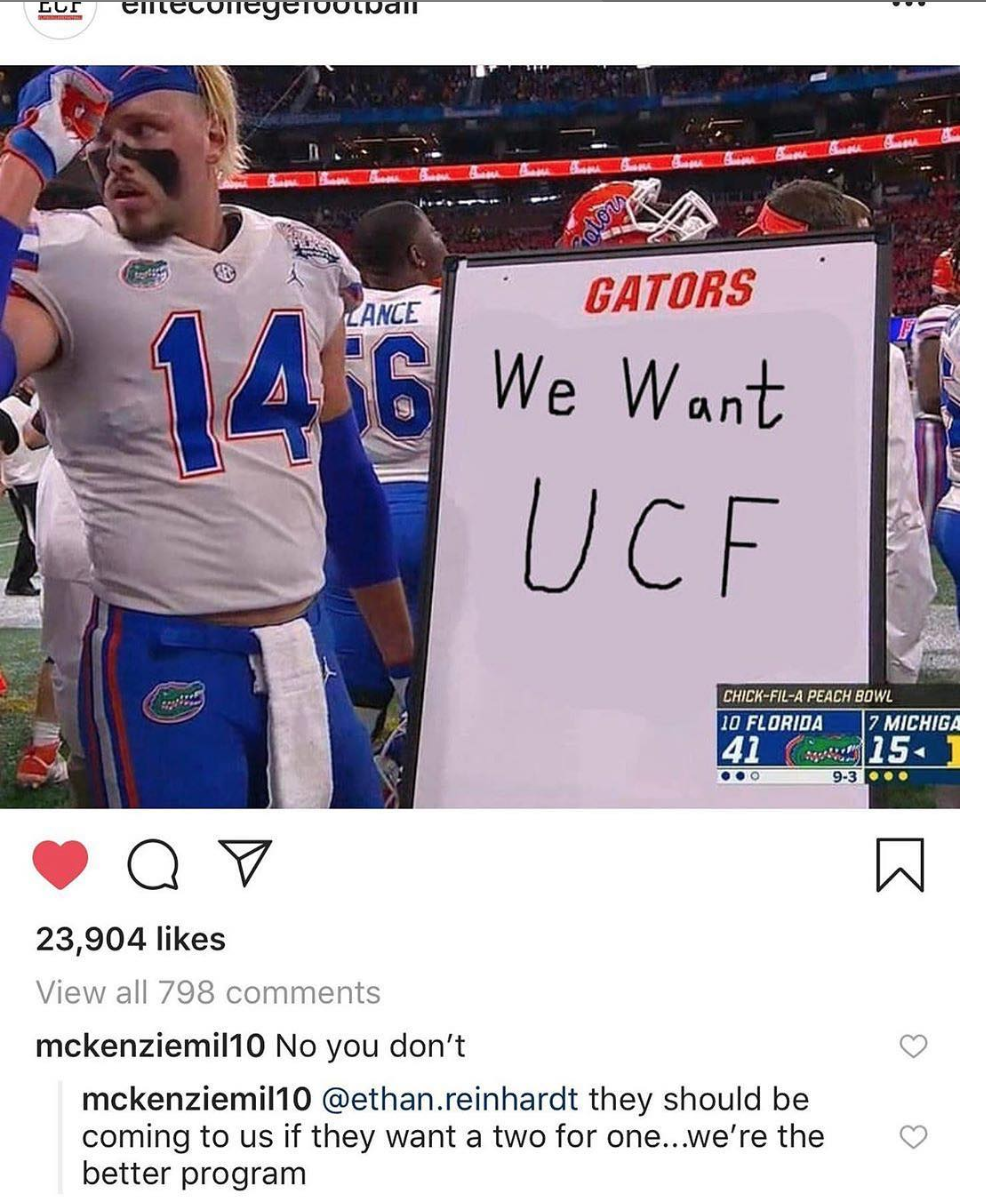