The top prospect in South Carolina is leaving the state to play for Kirby Smart’s Georgia program. Gaffney standout Tyrion Ingram-Dawkins announced his commitment to the Bulldogs live on his Instagram account and CBS Sports HQ Friday.

Ingram-Dawkins is listed at 6-5, 298 pounds and rated 4-stars, the No. 1 recruit in South Carolina, No. 14 defensive tackle and No. 178 prospect overall nationally. Ingram-Dawkins narrowed his 26 scholarship offers to a final four of Georgia, North Carolina, South Carolina and Tennessee. He also had offers from Alabama, Arkansas, LSU and Ole Miss.

For Smart’s staff, Ingram-Dawkins is commitment No. 18 in the class of 2021. His highlights can be viewed below, via Hudl: 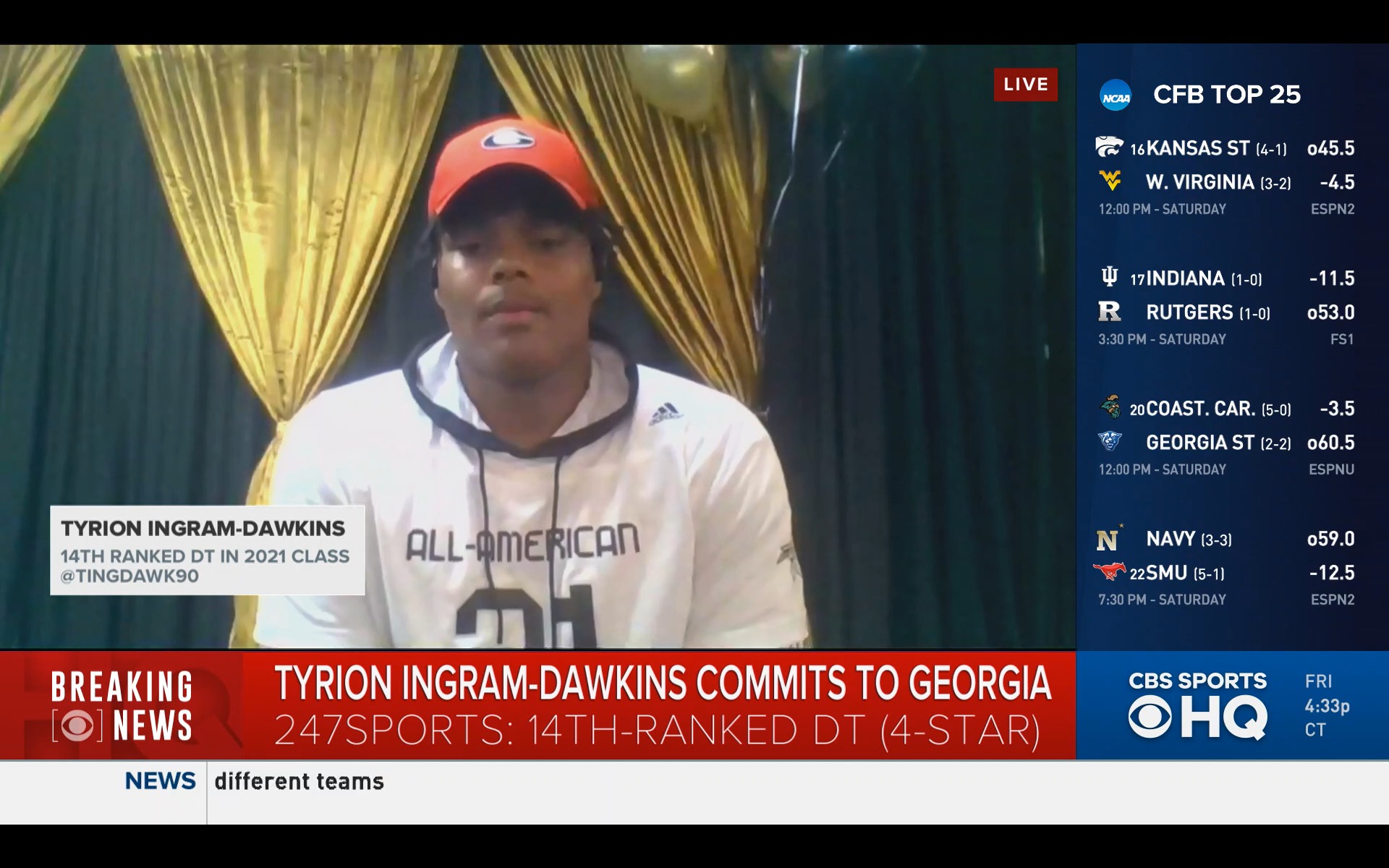