In his one year as Washington’s starter in 2019, Eason threw for 3,132 yards, 23 touchdowns and 8 interceptions while leading the Huskies to an 8-5 record.

Now, as the 2020 NFL Draft approaches, Eason has made the somewhat surprising decision to forgo his senior season and enter the draft: 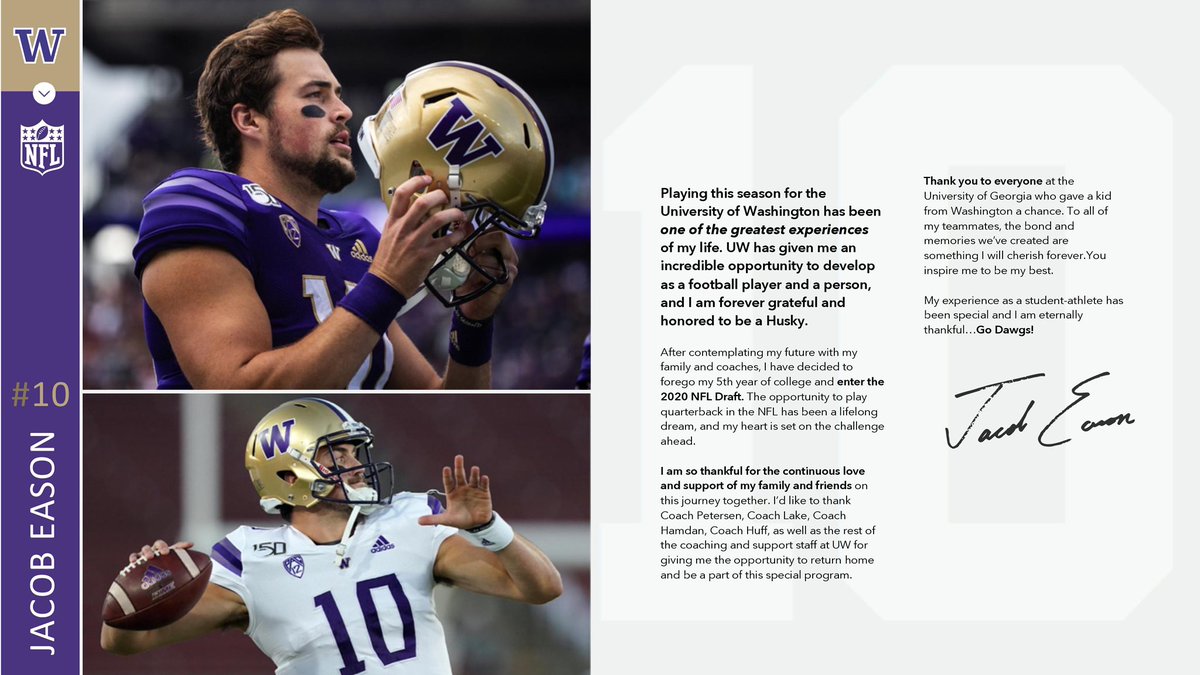 Washington coach Chris Petersen retired after this season, so it’s unclear how much of a role that played in Eason’s decision to leave.

However, if he has a big performance at the NFL Combine, Eason could still work his way into first-round consideration this April.