Recruitment has been a wild ride for 4-star 2022 DL Bear Alexander.

The IMG Academy standout was originally committed to Georgia before backing off that pledge back on June 7. He then named a final 2 of Georgia and Texas A&M.

Well, on Thursday, it seems he decided his first instinct was the right one. As you can see below, Alexander revealed via Twitter that he’d be committing to Georgia after all: 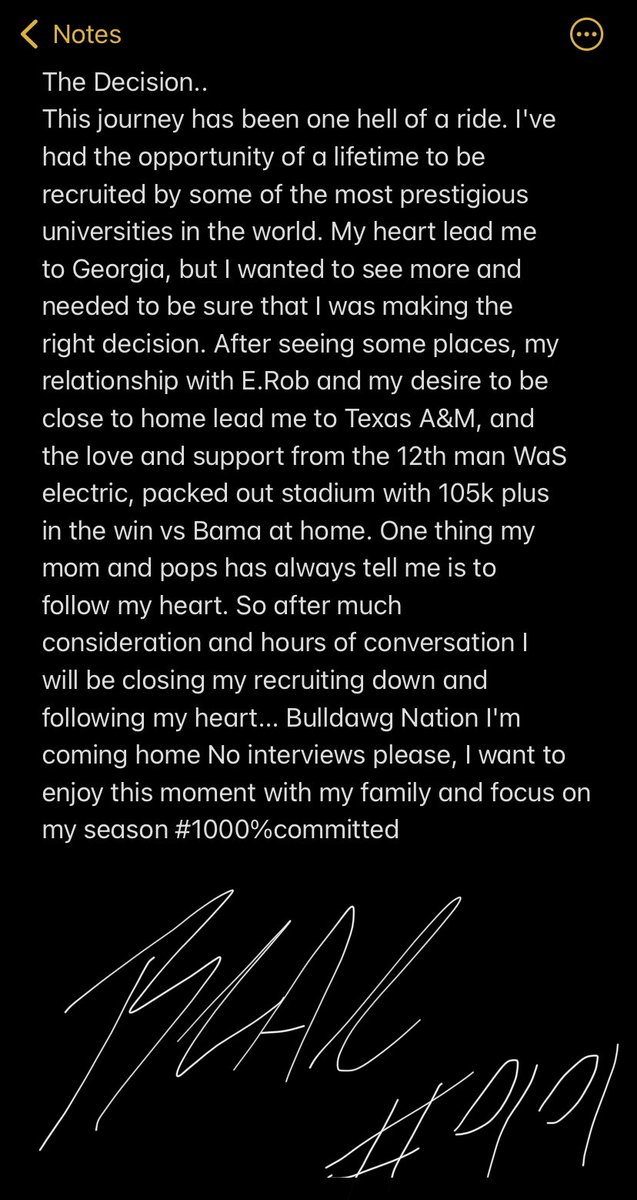 Per the 247Sports composite rankings, Alexander is the No. 6 defensive lineman in the 2022 class and the No. 8 overall recruit from the state of Florida.

The Bulldogs now have 21 players in their 2022 recruiting class, which currently ranks No. 2 in the nation and No. 2 in the SEC, per 247Sports.

Below, check out some of Alexander’s high school highlights, courtesy of Hudl: