Georgia’s defense has produced a number of stars in recent years. LB Azeez Ojulari is the latest player to reach that status in Athens.

He was a key part of Georgia’s stout defense in 2020 and ended the year in strong fashion as the Bulldogs beat Cincinnati in the Peach Bowl on Friday.

But, per Ojulari’s Twitter account, his time in Athens is coming to an end. As you can see below, he posted on Saturday morning that he would declare for the 2021 NFL Draft: 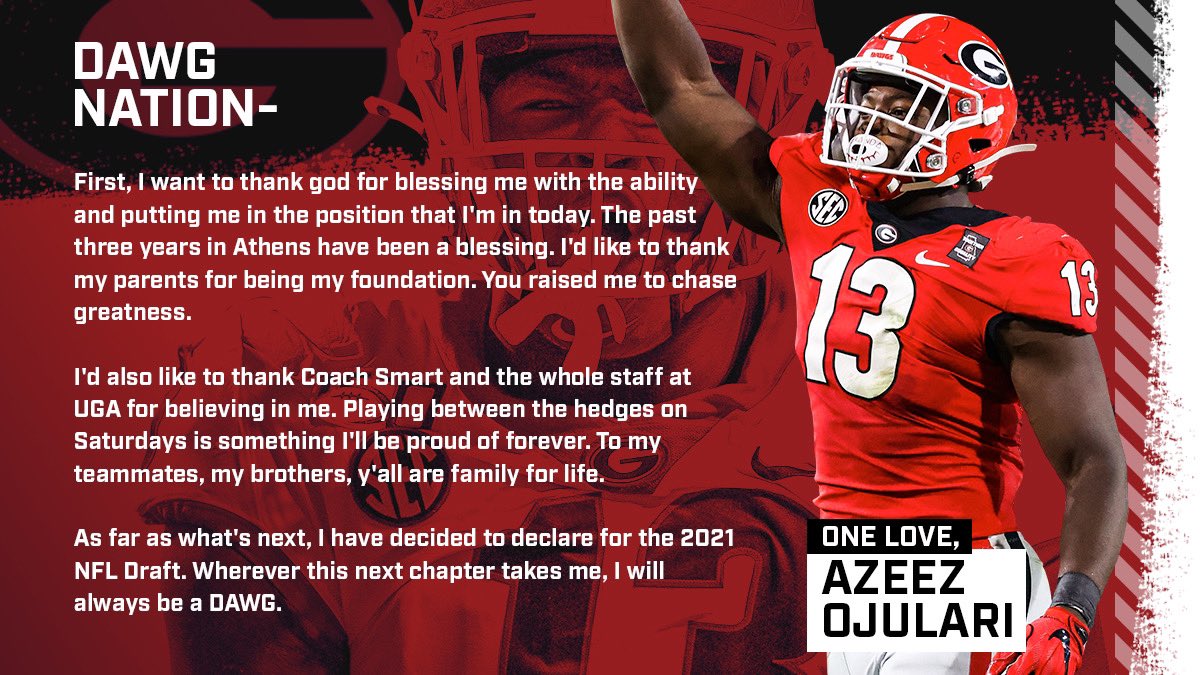 Ojulari recorded 31 tackles this year (12.5 for a loss) and an impressive 9.5 sacks. He also forced 4 fumbles, recovered 1 and defended 2 passes.

He’s getting some legitimate first-round draft buzz, so we’ll see where he ends up going come April.