When Jadon Haselwood agreed to be featured on the second episode of “InkTalk,” a program which features subjects discussing a wide range of topics while getting a tattoo, the Oklahoma commit probably never realized some of his comments on the show would go viral.

That’s exactly what happened though, as the five-star prospect made some interesting comments regarding Georgia’s coaching staff. In particular, Haselwood took issue with the fact Jim Chaney discussed how he would be used in the UGA offense during his career, only to see the offensive coordinator leave for Tennessee soon after.

If you didn’t follow Haselwood’s recruitment, the former Georgia commit backed off his pledge to join Kirby Smart’s program during the fall and elected to commit to Oklahoma during the 2019 All-American Bowl.

While his comments on Georgia’s coaching staff may have gone viral this weekend, Haselwood issued the following statement on Twitter in response to the reaction of the video: 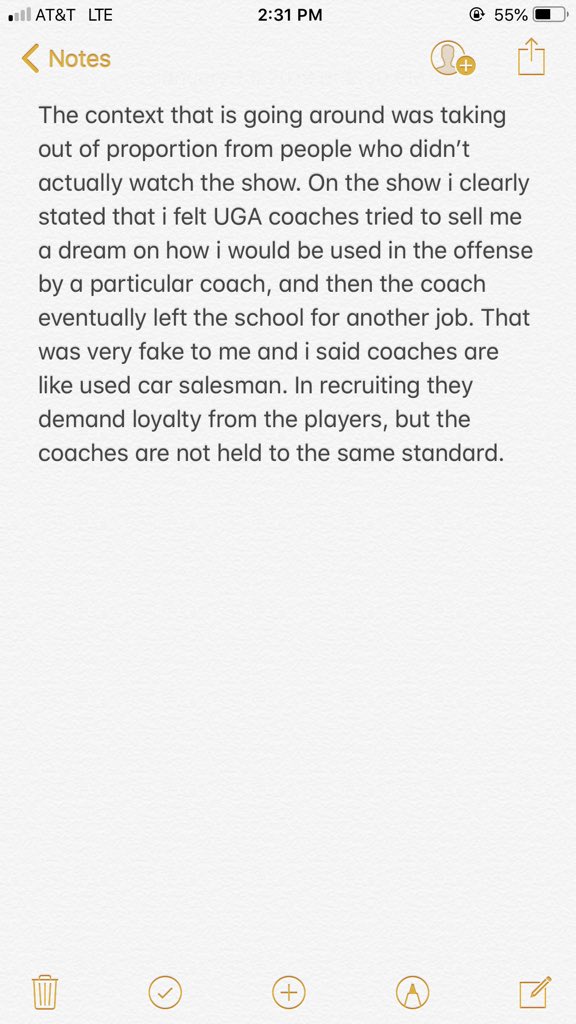 What do you make of his statement?