Georgia has not yet had three passing touchdowns in a game this season. SEC Network analyst Jordan Rodgers predicts that will change on Saturday.

As part of his weekly bold predictions, Rodgers has Daniels going for 3 TDs on Saturday in his UGA debut.

The former 5-star recruit and USC transfer is reportedly going to be the Bulldogs’ starting quarterback on Saturday against Mississippi State. D’Wan Mathis started UGA’s season-opener against Arkansas and was benched for Stetson Bennett. In Georgia’s 44-28 loss to Florida, Bennett was unable to play after injuring his shoulder. The former walk-on had struggled in the loss to Alabama and win over Kentucky. 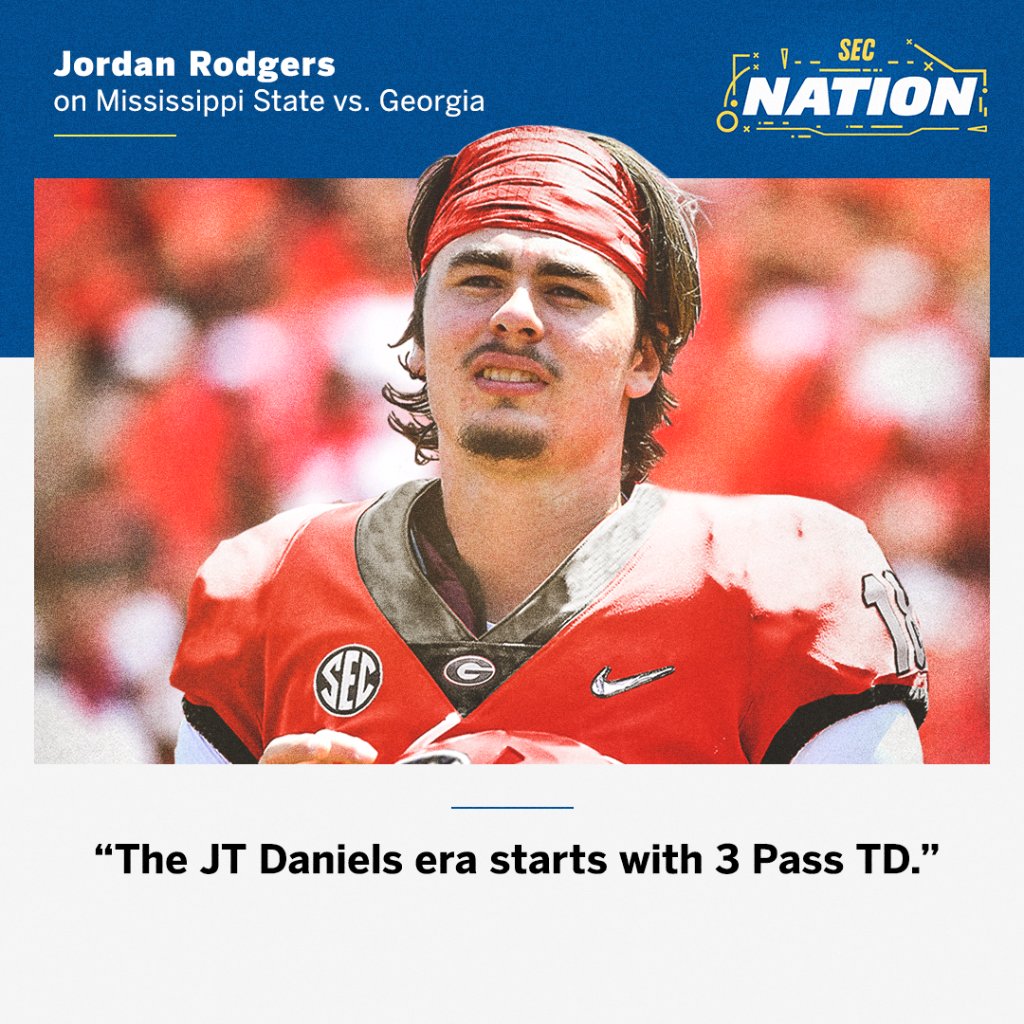