Bret Bielema may be a solid coach but his failures to attract enough high-end talent to keep up with the rest of the SEC West doomed his tenure at Arkansas.

Now that he’s back in college football, Bielema was named the head coach at Illinois this offseason following several seasons serving as an NFL assistant coach, one of his key tasks is to upgrade the level of talent he and his coaching staff have to work in Champaign.

While Bielema may no longer be in the meat grinder that is the Southeastern Conference, one Kentucky assistant made sure to remind the first-year Illinois coach not to look too far south for talent to join the Illinois program.

If you aren’t already following Vince Marrow on Twitter, you are running your social media life wrong.

Kentucky’s best recruiter took notice when a fan asked Bielema which member of the Illinois coaching staff would be covering southwest Ohio on the recruiting trail.

Check out the exchange below. 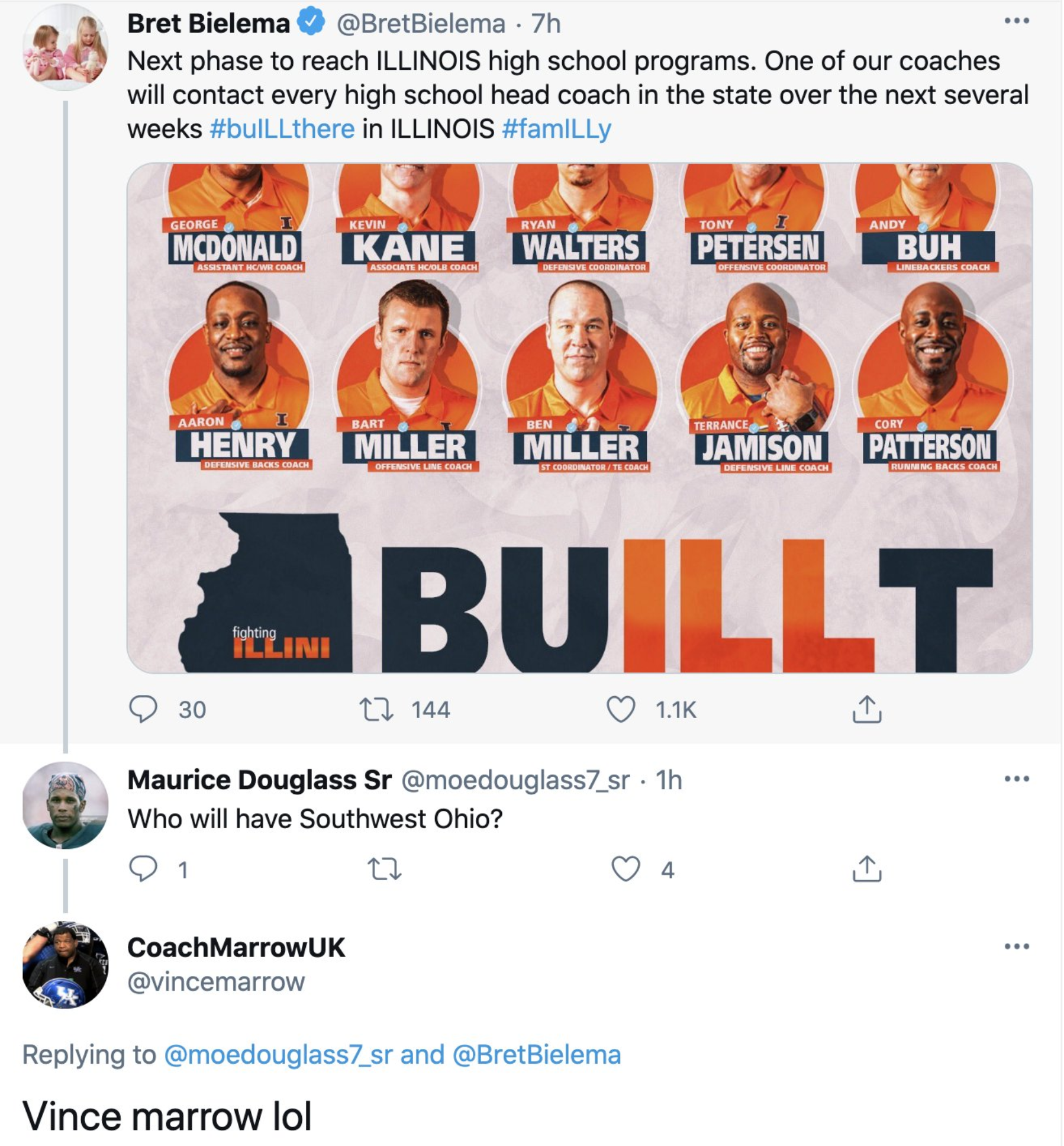