Kentucky goes down under to land another punter from Australia

The Kentucky Wildcats have had some good luck recently with punters they’ve signed from Australia, including current punter Max Duffy.

On Monday (or Tuesday in Australia), they landed another commitment from the ranks of Australian Rules Football.

As you can see below, Wilson Berry took to Twitter to announce he’d be heading to Lexington as part of the Wildcats’ 2021 recruiting class: 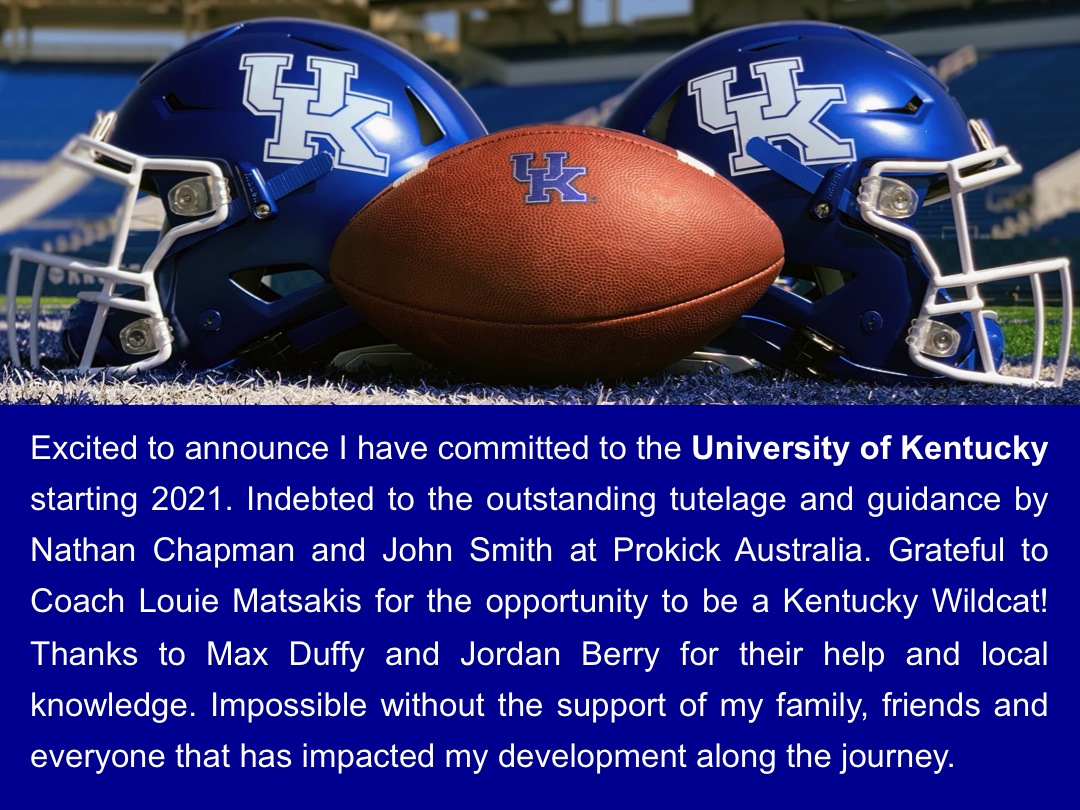 As you can see below, Berry had a pretty unique celebration during his days playing for Essendon in the Australian Football League.

Tell me this is UK's next Ray Guy Award winner doing a "Salute to the Bumble Bee" celebration. https://t.co/vsiM4TyMVM

How will Wilson Berry fare at Kentucky? We’ll find out starting next fall.

TRENDING
147,062 READS
Report: Candidate for Tennessee job 'not interested' in taking over Vols' program
44,790 READS
Tennessee finalizing deal with Josh Heupel to become new head football coach
30,432 READS
After a decade of lows, is Tennessee's trajectory about to change? It feels that way
LATEST NEWS
View All
11 minutes ago
For the fourth time since his hire, Shane Beamer will reportedly have to replace an assistant
31 minutes ago
Welcome to the SEC: 4 new head coaches to get a baptism by fire with 2021 schedules
1 hour ago
SEC's Week 1 schedule features a pair of ACC heavyweight matchups
1 hour ago
Josh Heupel discusses timeline for hiring his Tennessee staff, if Kevin Steele could return
2 hours ago
Josh Heupel shares his message to Tennessee players considering transferring from the program
2 hours ago
Report: Key Florida assistant leaving Gators for the NFL
VIEW MORE