Kentucky lands commitment from 2020 ILB out of Georgia

The Kentucky Wildcats have been busy on the recruiting trails lately, and on Tuesday evening, they landed player No. 8 for their 2020 class.

This time, they dipped into Georgia to pick up a commitment from ILB D’Eryk Jackson, a native of Dublin, Georgia.

As you can see below, Jackson announced his commitment to coach Mark Stoops and the Wildcats via Twitter on Tuesday evening: 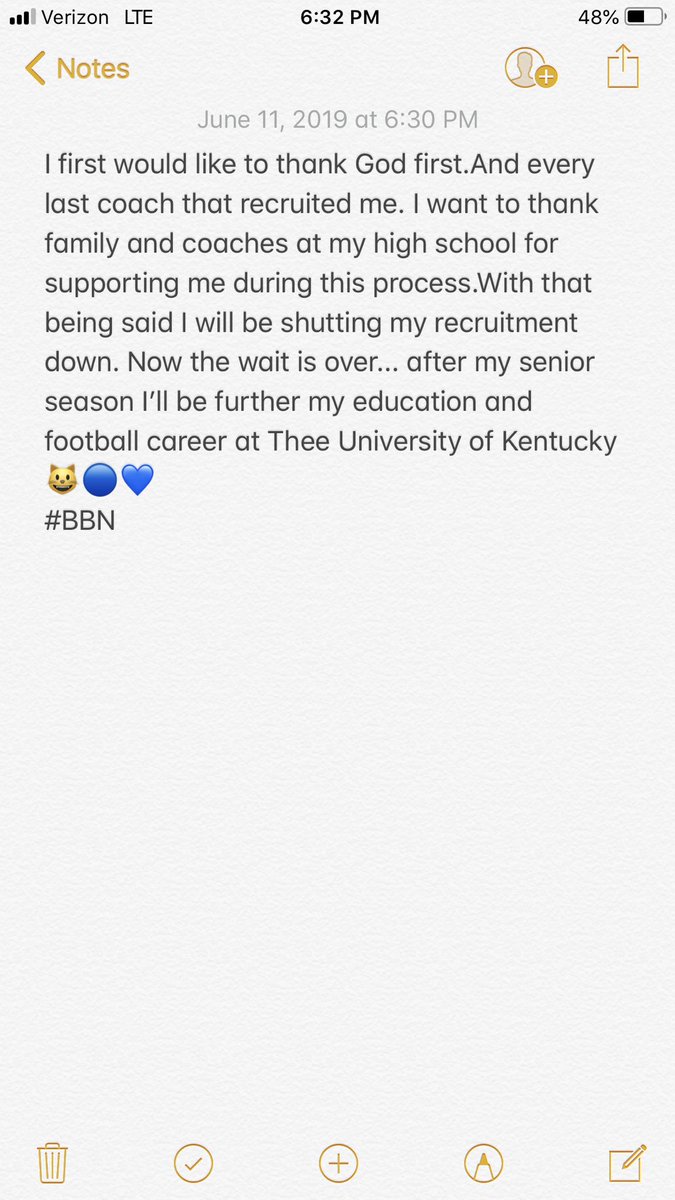 Jackson has yet to be rated by any major recruiting services, but he stands 6-2 and weighs in at 235 pounds.

The Wildcats now have eight players in their 2020 recruiting class, which currently ranks No. 30 in the nation and No. 11 in the SEC, per 247Sports.

Below, check out some of Jackson’s high school highlights, courtesy of Hudl:

RECENT ARTICLES
KENTUCKY
Kentucky's offensive line is why the Cats can do something that hasn't been done in the Mark Stoops era
KENTUCKY
Better or worse? Surprising UK offense will have a different look in 2020
KENTUCKY
Report: Big-name team could emerge as trade destination for former Kentucky star Devin Booker
KENTUCKY
Kentucky dips into Georgia to land commitment from 2021 linebacker