The Kentucky Wildcats have had Terry Wilson at QB for the past 3 seasons, though his 2019 campaign was cut short with an injury.

However, it appears Touchdown Terry’s time in Lexington is coming to an end this offseason.

As you can see below, Wilson announced he was going to enter the NCAA transfer portal on Instagram on Monday night:

Per Terry Wilson’s IG account, he has entered the transfer portal. Says he will leave Kentucky and spend his final year of eligibility elsewhere. #BBN pic.twitter.com/aoqE7Ziizz 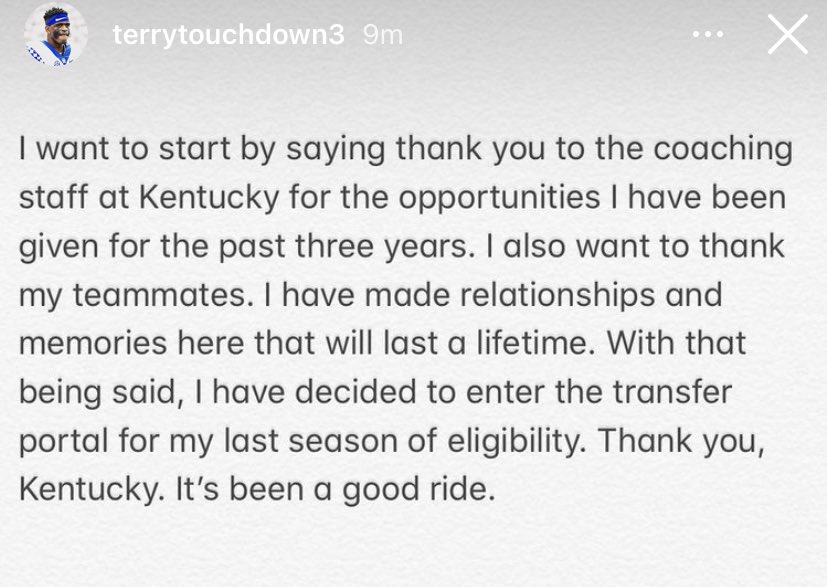 This is obviously a big loss for the Wildcats, who now have to decide whether Auburn transfer Joey Gatewood or someone else will be the starter in 2021.