For the first time since the 2004 campaign, there will be a different man in charge of the spring game at LSU.

The Tigers moved on from Les Miles four weeks into last season — their 2-2 start featured more lowlights than highlights — and handed the keys to Ed Orgeron on an interim basis, before giving him the job officially in November.

Nevertheless, the results on the field weren’t dramatically different. The Bayou Bengals were still overly dependent on the running game and struggled to move the ball through the air consistently. Assembling talent has never been an issue in Baton Rouge. Getting the most out of that talent has been a challenge, though.

A Louisiana native, Orgeron is being celebrated as a potential savior for the program. As a result, the last thing he can afford is for this to be the same old LSU. The Tiger Stadium faithful want more than a familiar accent.

With the annual L-Club Spring Game set for Saturday, here are the five most important questions Orgeron must answer as he wraps up spring ball.

The fate of the power pitch

A staple of the LSU offense for quite some time now, the power pitch gets the ball in the running back’s hands quickly so he can pick his hole.

Even in short-yardage and goal-line situations, the Tigers have run power pitch over the years with a lot more success than failure. It’s an old-school running play and contrary to the read-option approach that’s taken over college football.

That being said, the power pitch was also symbolic of a system that refused to evolve under Miles and former offensive coordinator Cam Cameron. With Matt Canada coming aboard after previous stops at Pittsburgh and N.C. State — he was successful at both schools — fans of the Bayou Bengals can only hope that change has finally arrived.

Even for season-ticket holders with a heavy sense of nostalgia, they likely won’t miss the power pitch if it means a better passing game.

As noted above, Canada was praised for what he was able to accomplish at Pittsburgh and N.C. State, two middle-of-the-pack ACC teams.

Specifically, he got more out of quarterbacks Nathan Peterman and Jacoby Brissett, respectively. Peterman was originally at Tennessee and Brissett started out at Florida, but neither developed much playing in the SEC. 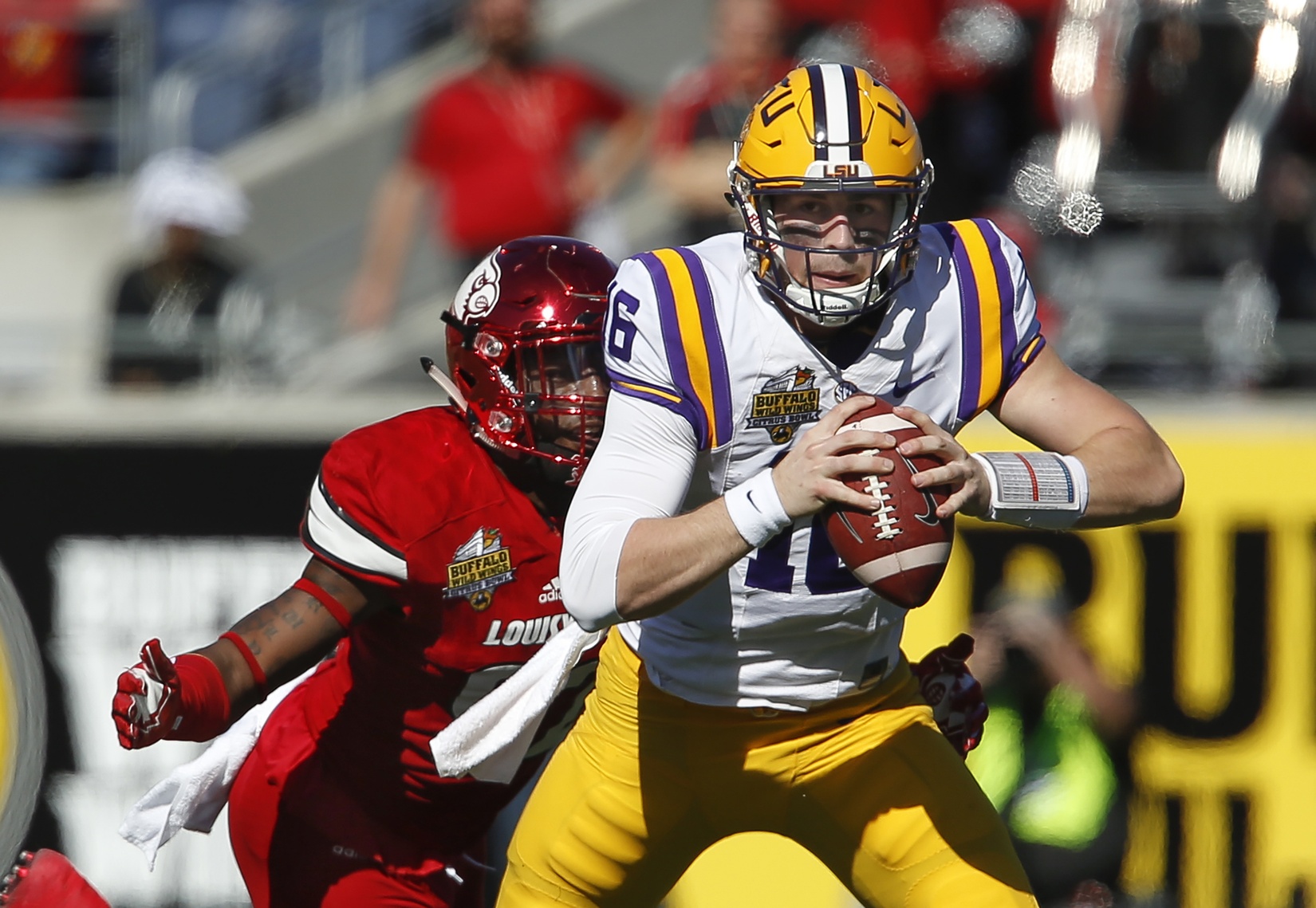 Canada’s next project is Danny Etling, the Purdue transfer who took over for the much-maligned and now-departed Brandon Harris under center. While Etling was more effective than Harris as a passer, he was nowhere near the conference’s elite. Just how much better he can get remains to be seen, although Canada’s track record is promising.

The Bengals have finished no better than 11th in the league in passing offense each of the last three seasons. That simply can’t continue.

LSU only had five players catch more than 10 passes a year ago, and just one of them remains on the roster for 2017.

Gone are Malachi Dupre and Travin Dural, who were both more potential than production during their time on campus. D.J. Chark is back and presumably the primary threat, and while he did average an impressive 17.9 yards per catch, not once did he hail in more than 3 balls in a game. Now a senior, he’s finally the No. 1 option.

To reiterate, recruiting hasn’t been a concern, not for Miles or Orgeron. Presumably, there are capable pass catchers on the depth chart that just need to be given an opportunity to prove what they can do. Numbers are low, though.

One to keep an eye on is early-enrollee freshman Mannie Neatherly, a 4-star signee from the class of 2017.

Rising junior Arden Key is perhaps the premier sack artist in the SEC and will be a candidate for Defensive Player of the Year.

But Key has missed all of spring practice for personal reasons, which left the front seven with very little proven pass-rushing firepower. Davon Godchaux, Tashawn Bower, Lewis Neal and Duke Riley are all preparing for the NFL Draft. 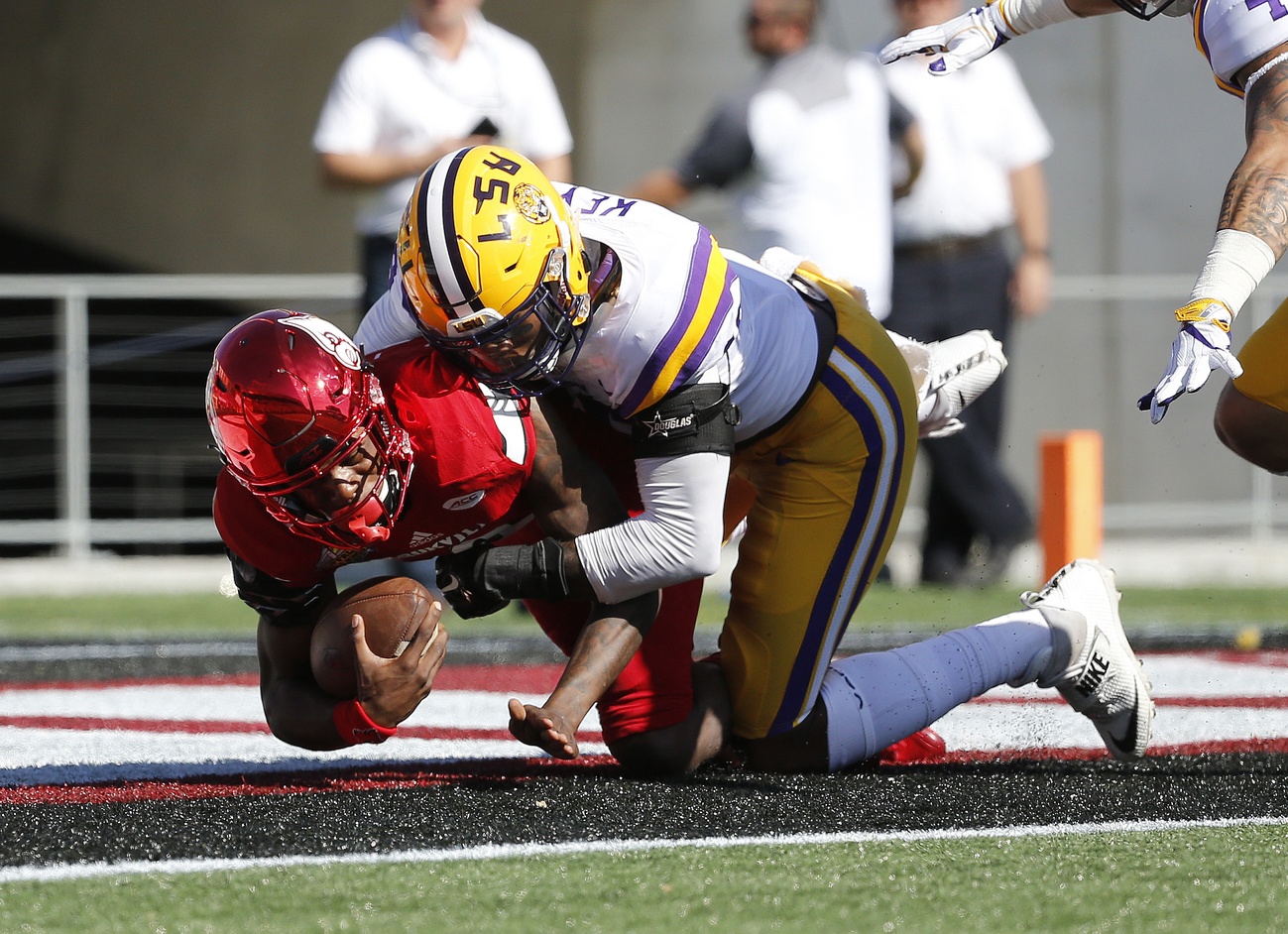 Aside from Key, not one returning LSU defender recorded more than a single sack in 2016. Whether it’s a lineman or a linebacker, somebody has to emerge as a reliable pass rusher. Otherwise, Key will be subjected to double teams entirely too often. Enemy offensive coordinators can’t afford to let him beat them.

While Orgeron added a quartet of 4-star kids for the front seven in February, none of them enrolled early to participate this spring.

It’s debatable as to which is the real “DBU” in the SEC. Both LSU and Florida can make a legitimate claim to the moniker.

Like the Gators, who will be missing cornerbacks Teez Tabor and Quincy Wilson and safety Marcus Maye this season, the Tigers have to move on from the underrated Tre’Davious White at corner and the spectacular Jamal Adams at safety.

The Bayou Bengals only picked off 9 passes a year ago, but corner Donte Jackson tied for the team lead with 2. Presumably, he’ll see fewer passes thrown his way this season with White off to the pros. Grant Delpit is the latest blue-chip recruit at the safety position, plus he is an early enrollee and will suit up Saturday.

Believe it or not, this team hasn’t finished better than tied for ninth in the league in INTs since 2012. Stickier fingers are needed.