Every week, the ESPN College GameDay crew gets to go to a college campus and host that week’s football pregame show.

It’s a popular program and a lot of fun for the fans involved. But, obviously, some schools do it better than others, both from a setup standpoint and fan turnout.

On ESPN’s “Get Up” on Wednesday morning, GameDay host Rece Davis revealed his top five locations for the show, and LSU came in at No. 5: 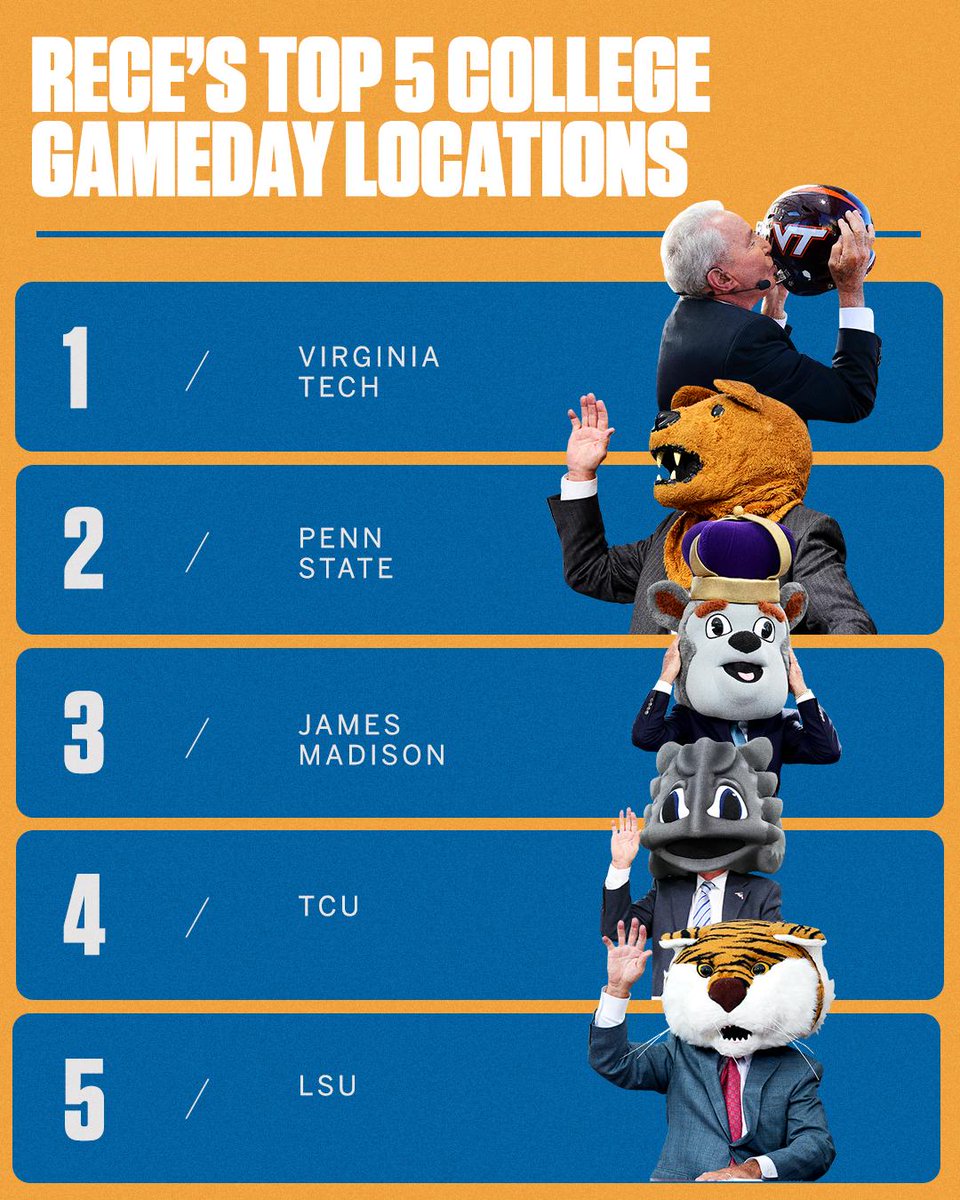 There may be some recency bias with TCU, since the show was just there last week. James Madison is also an interesting one, though that was quite a show last year.

LSU, though, is a solid choice, and we’ll have to see if the program ends up back there this year — perhaps in Week 7 when the Georgia Bulldogs come to town.

TRENDING
147,062 READS
Report: Candidate for Tennessee job 'not interested' in taking over Vols' program
44,790 READS
Tennessee finalizing deal with Josh Heupel to become new head football coach
30,432 READS
After a decade of lows, is Tennessee's trajectory about to change? It feels that way
LATEST NEWS
View All
14 minutes ago
Welcome to the SEC: 4 new head coaches to get a baptism by fire with 2021 schedules
48 minutes ago
SEC's Week 1 schedule features a pair of ACC heavyweight matchups
1 hour ago
Josh Heupel discusses timeline for hiring his Tennessee staff, if Kevin Steele could return
1 hour ago
Josh Heupel shares his message to Tennessee players considering transferring from the program
2 hours ago
Report: Key Florida assistant leaving Gators for the NFL
2 hours ago
Tate Martell is back in the NCAA transfer portal
VIEW MORE