Former LSU QB TJ Finley has narrowed his list of transfer destinations to four schools, and two of them hail from the SEC.

The ex-LSU quarterback will announce his transfer destination Monday at 11 a.m. CT and has Auburn and Alabama among his four finalists, he told AL.com and announced on Instagram. Penn State and Houston are the other two finalists.

“Each school has given me an opportunity to compete for the starting job,” said Finley, who entered the NCAA transfer portal May 6, per AL.com. “Based on how comfortable I felt with that, I made my decision based off who I felt gave me the best opportunity to be successful.”

He said staying in the SEC is definitely a possibility.

“Absolutely. That’s been a major (consideration),” Finley said. “I’ve been blessed with that opportunity to be able to stay in the SEC and be able to see my former teammates a week every season.”

The 6-foot-6, 240-pound Finley added, “I’m just ready to get in and get to work and start learning the playbook and things of that nature. That’s why I’m ready to make my decision.” 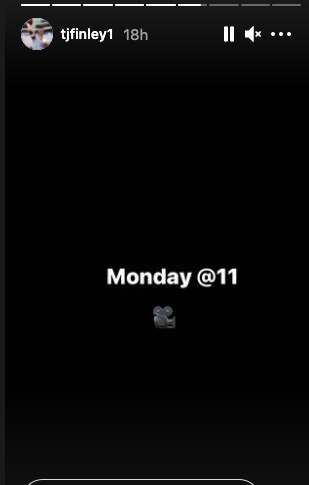