LSU’s new locker room and football facility have been all the rage the past 24-plus hours. Unveiled Sunday night, people have been buzzing on social media all day Monday about the locker room.

Any time a college athletic department spends big money, the critics come out. Many athletic departments function as their own independent corporations, but to outsiders, it looks like a university prioritizing football over education.

One critic of the new football facilities was LSU mass communication professor Robert Mann. He quote-tweeted the official LSU Football account showing off the new locker room. Mann wrote, “Meanwhile, across campus, I vacuum my faculty office with a Dust Devil I bought at Walmart.”

Tigers QB Joe Burrow had a comeback so strong it’s going viral even after being deleted.

“Why, professor, do you feel entitled to the fruits of our labor?” Burrow wrote in a quote-tweet that has since been deleted.

Check out a screenshot of the exchange via @valleyshook and @olmec26 on Twitter: 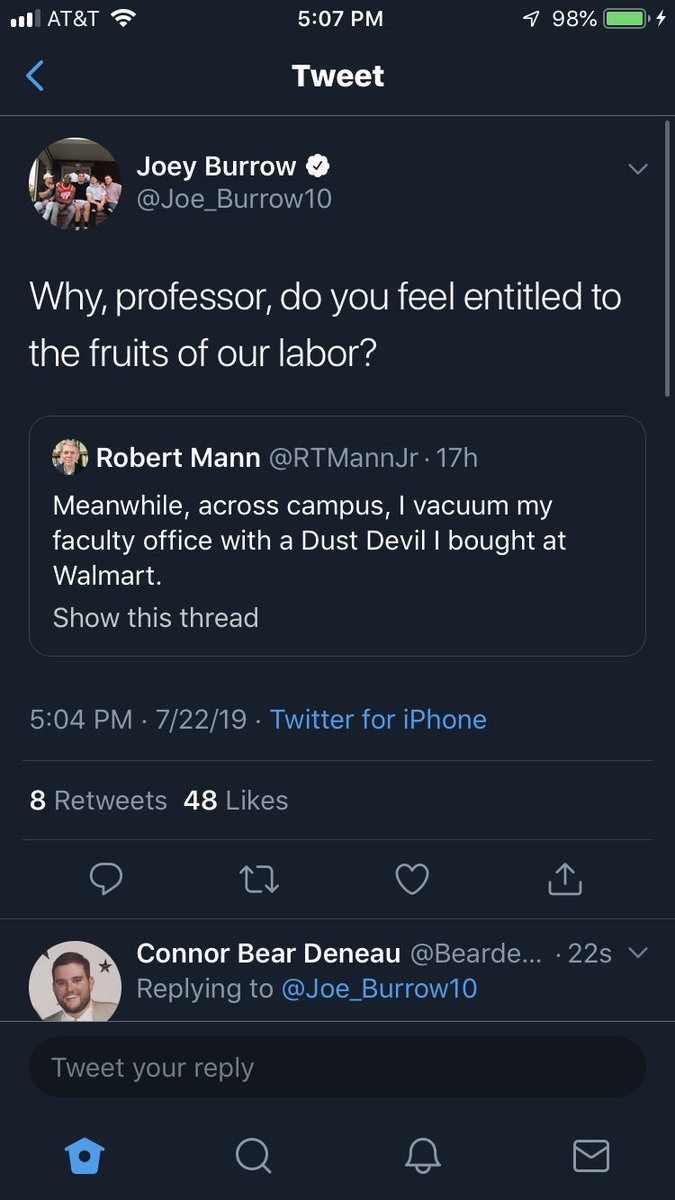 Burrow has kept up a quote-tweet reply to a tweet pointing out that the locker room was funded by a private donation to the Tiger Athletic Fund:

Also the money we bring into the university could have more than paid for it even if we didn’t have such generous boosters. https://t.co/WeO6sYvI48