LSU projects to have a loaded depth chart full of experienced players next season and the Tigers just added to that depth with another defender with plenty of experience playing at the Power 5 level.

On Wednesday, Clemson graduate transfer linebacker Mike Jones Jr. announced he will be continuing his playing career in Baton Rouge.

“Make your next move your best move,” Jones tweeted with the graphic below.

While arriving in Baton Rouge as a graduate transfer, LSU’s new linebacker has three seasons of eligibility remaining as he left Clemson following his redshirt sophomore season and has the ability to take a free season of eligibility in 2020.

Jones is a Tennessee native but finished his prep career at IMG Academy in Bradenton, Fla., and was rated as a top 200 overall prospect and the No. 15 outside linebacker in the country for the 2018 recruiting cycle.

Following his commitment to LSU, the Tigers have officially announced Jones has signed with the program. 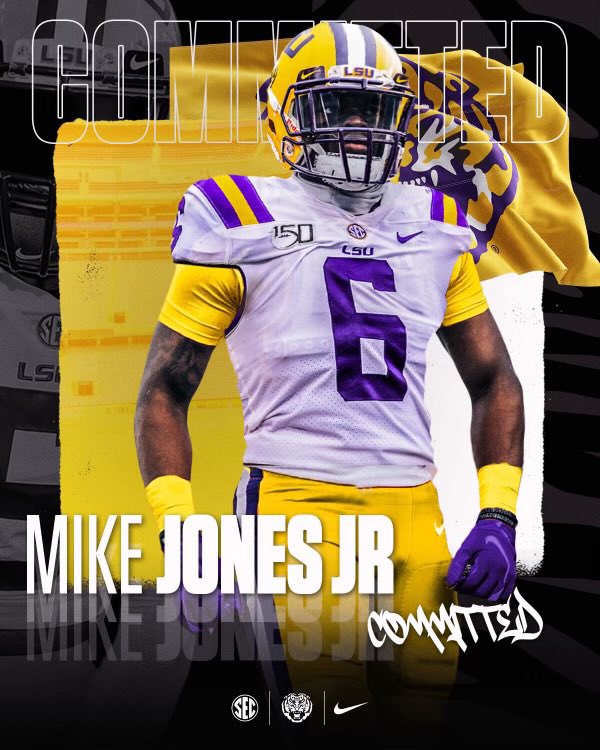