Justin Jefferson is many years out from potential Pro Football Hall of Fame induction, but the former LSU standout is currently being recognized in Canton.

Jefferson is being featured in the Hall’s Pro Football Today Gallery for his historic rookie season. On Jan. 3, the Minnesota Vikings wide receiver broke the NFL record for the most receiving yards in a single season by a rookie during the Super Bowl-era. In Minnesota’s 37-35 victory, Jefferson logged 9 catches for 133 yards, pushing his season total to 1,400 yards. The previous rookie record belonged to Anquan Boldin (1,377 yards).

Jefferson’s gloves and the game ball are now on display in Canton. The Hall shared photos of the display on Twitter: 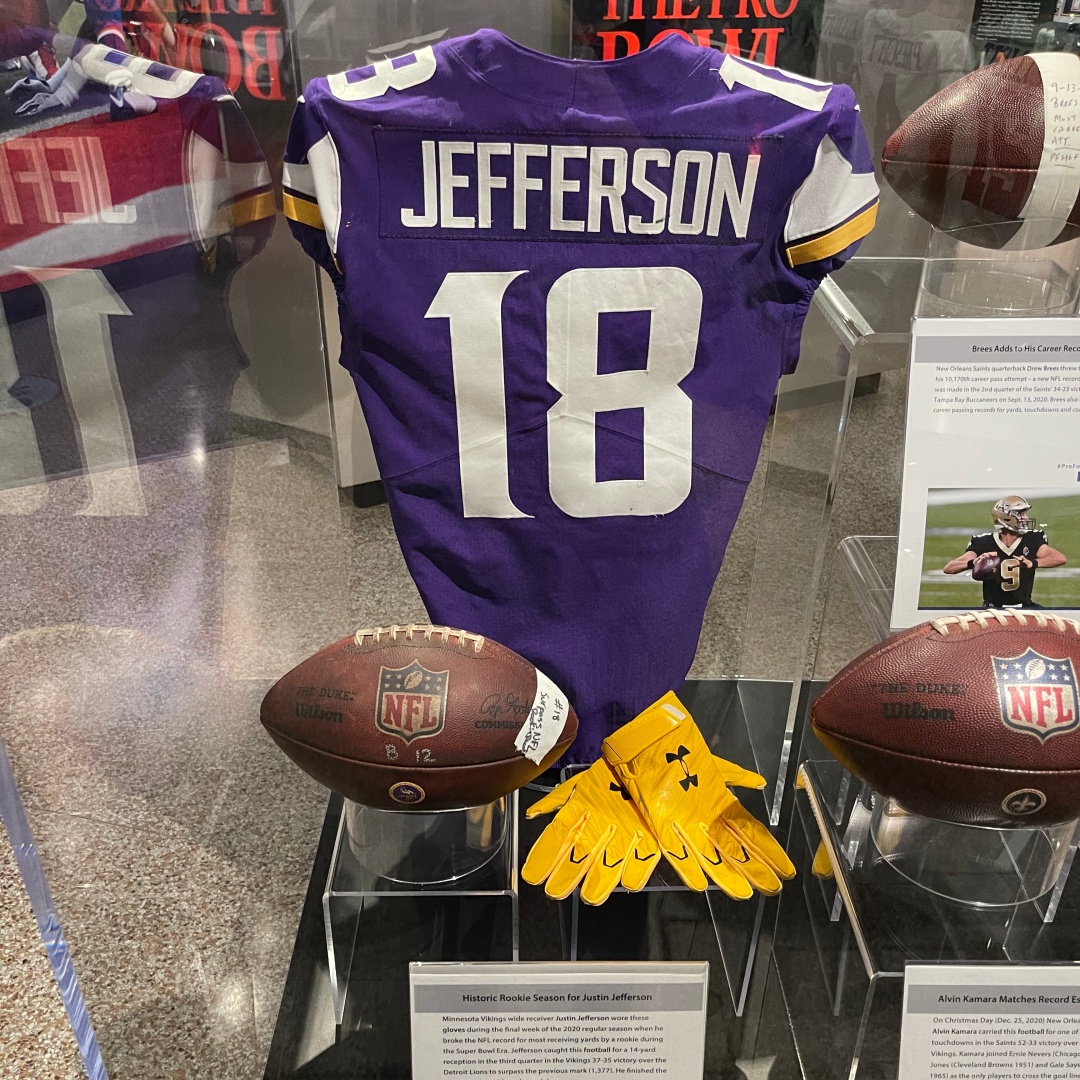 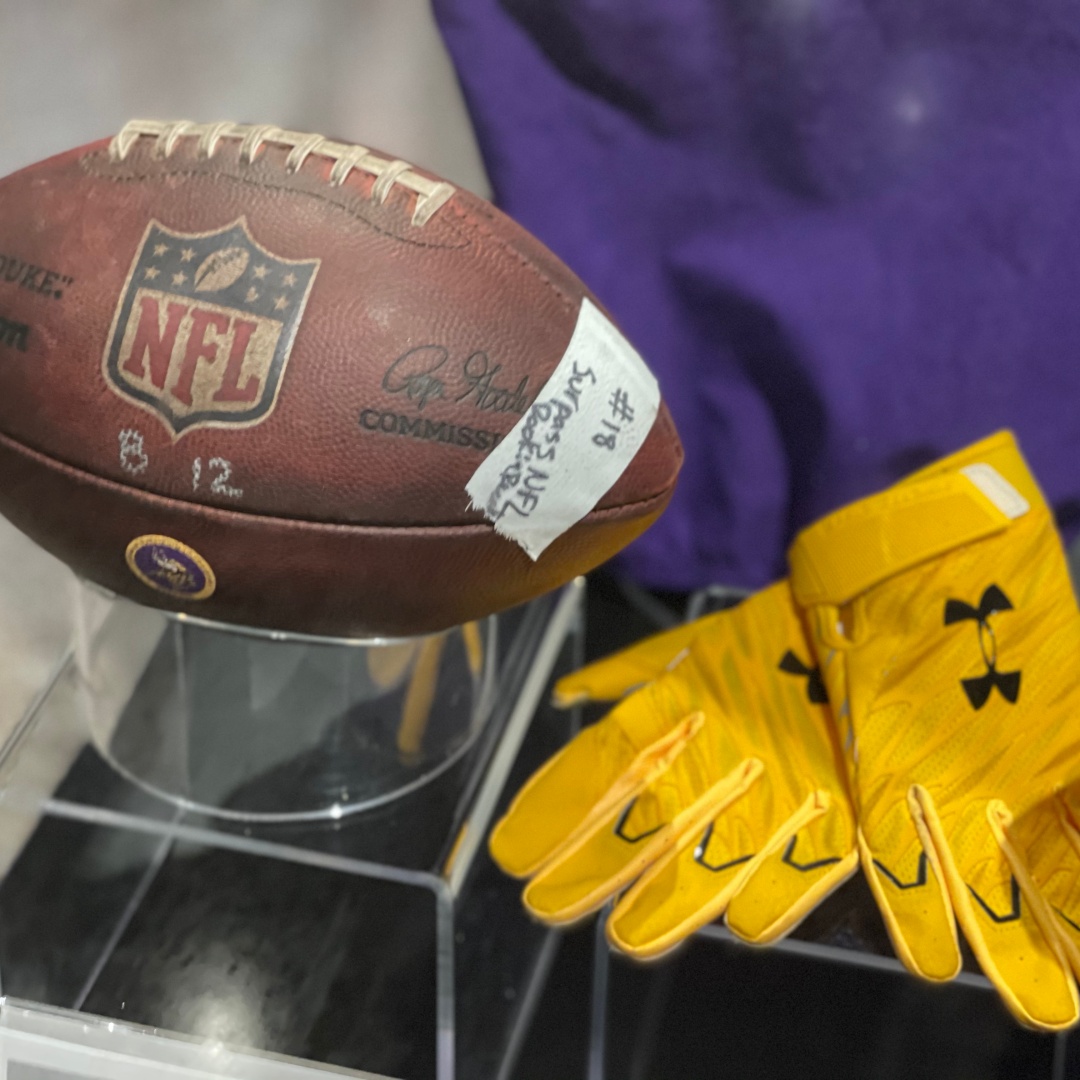