The former Georgia Bulldog tweeted that after a year at East Mississippi Community College, he’s going to MSU. 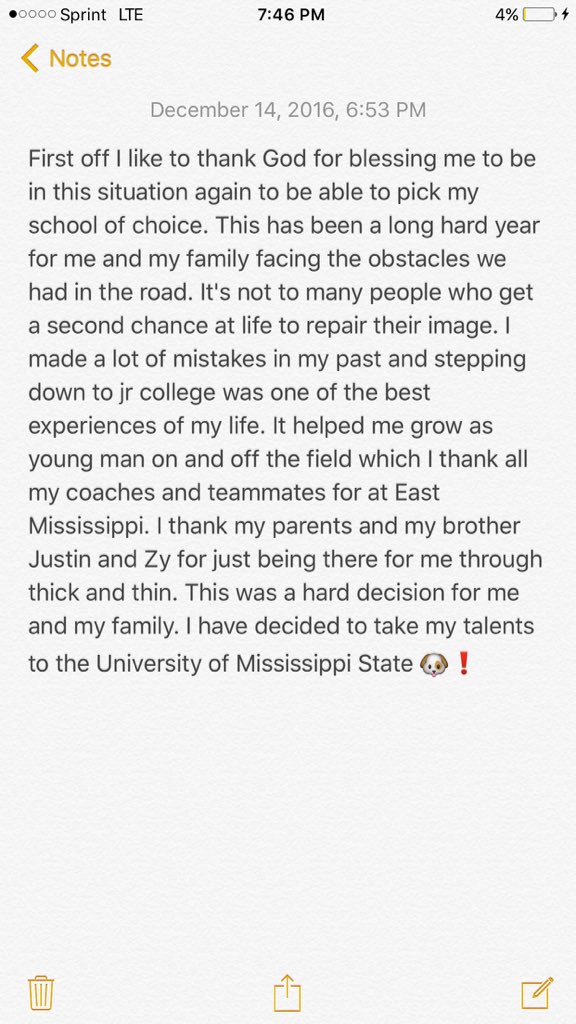 Rivers, from Stone Mountain, Ga., played for UGA in 2015, but was dismissed in May of this year after three drug arrests in a seven-month span. He enrolled in junior college in July.

According to 247Sports Composite, Rivers is the No. 13 overall JUCO prospect, No. 2 weak-side defensive end and No. 5 Georgia product. Rivers also had offers from Louisville and Ole Miss. He visited Alabama on Dec. 10, but did not receive a scholarship offer.