Greg Knox took time to send a heartfelt goodbye to Mississippi State after the Florida Gators officially announced his hiring on Wednesday.

Knox will head to Florida and will join Dan Mullen’s staff after a long tenure with the Bulldogs. Knox originally came to MSU as RBs coach in 2009 after previous stints at Ole Miss and Auburn. He also served as the interim coach for the Bulldogs in their 31-27 TaxSlayer Bowl victory over Louisville.

The opportunity to join Mullen’s staff in Gainesville was something Knox could not turn down, but he wanted Bulldogs fans to know that “there will always be maroon & white” in his family.

Here is the heartfelt note he shared to Twitter where he thanked university leadership and his players on Wednesday: 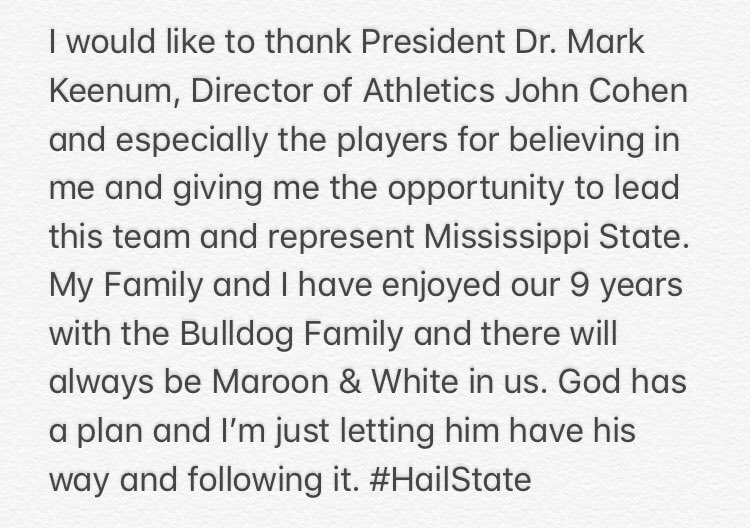