The Mississippi State Bulldogs are entering a new era under coach Mike Leach.

Leach runs an Air Raid offense, and that means he needs quarterbacks who are accomplished passers. Now, the Bulldogs have one, as a big-name graduate transfer quarterback announced he was heading to Starkville.

As you can see below, former Stanford QB K.J. Costello announced via Twitter that he was committing to Leach and the Bulldogs: 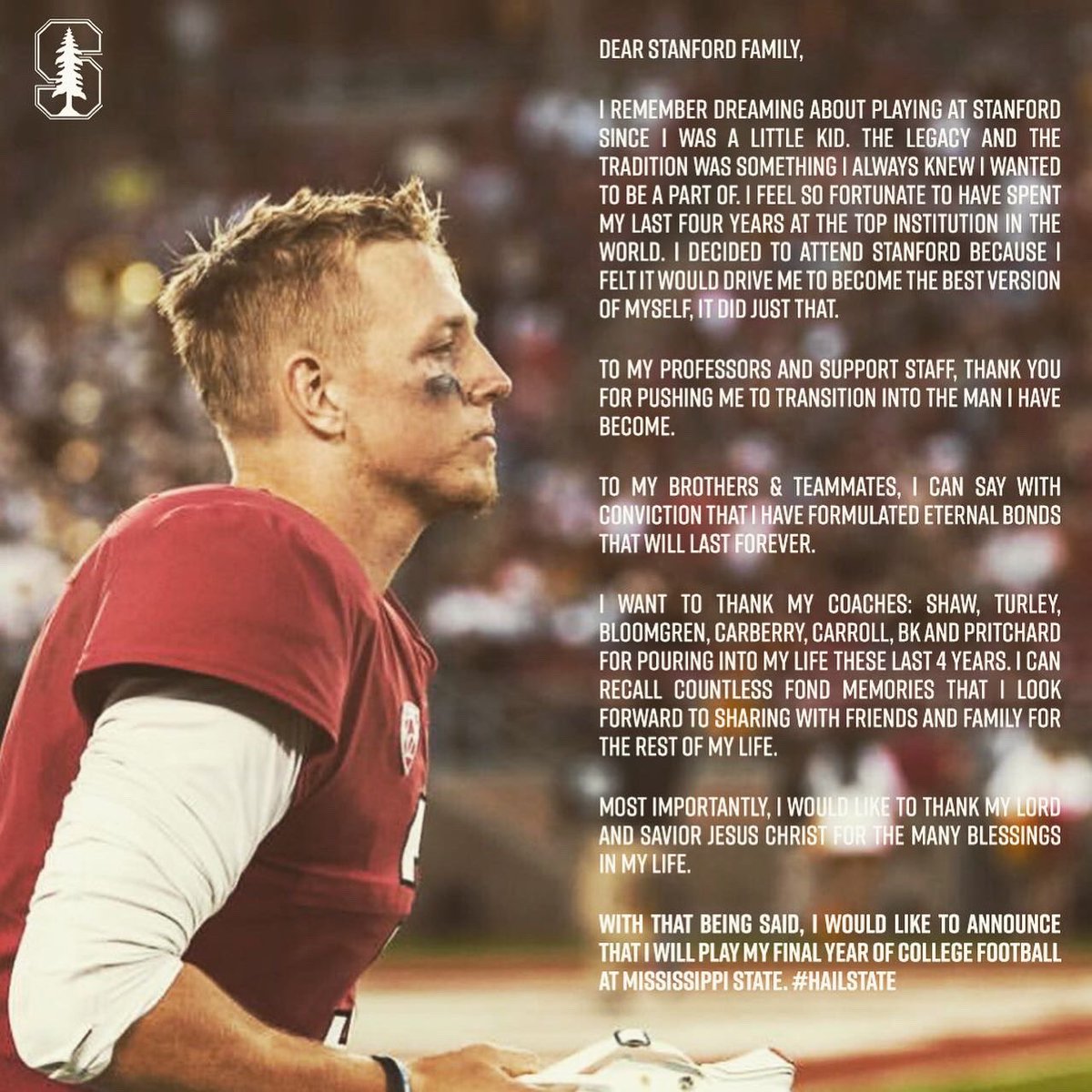 He’ll compete with Garrett Shrader for the starting job in 2020, but since Shrader is more of a running quarterback, he might not fit in Leach’s system.