Looney played offensive line for the Mississippi State Bulldogs during his playing career and also served as a graduate assistant at the school under Dan Mullen. 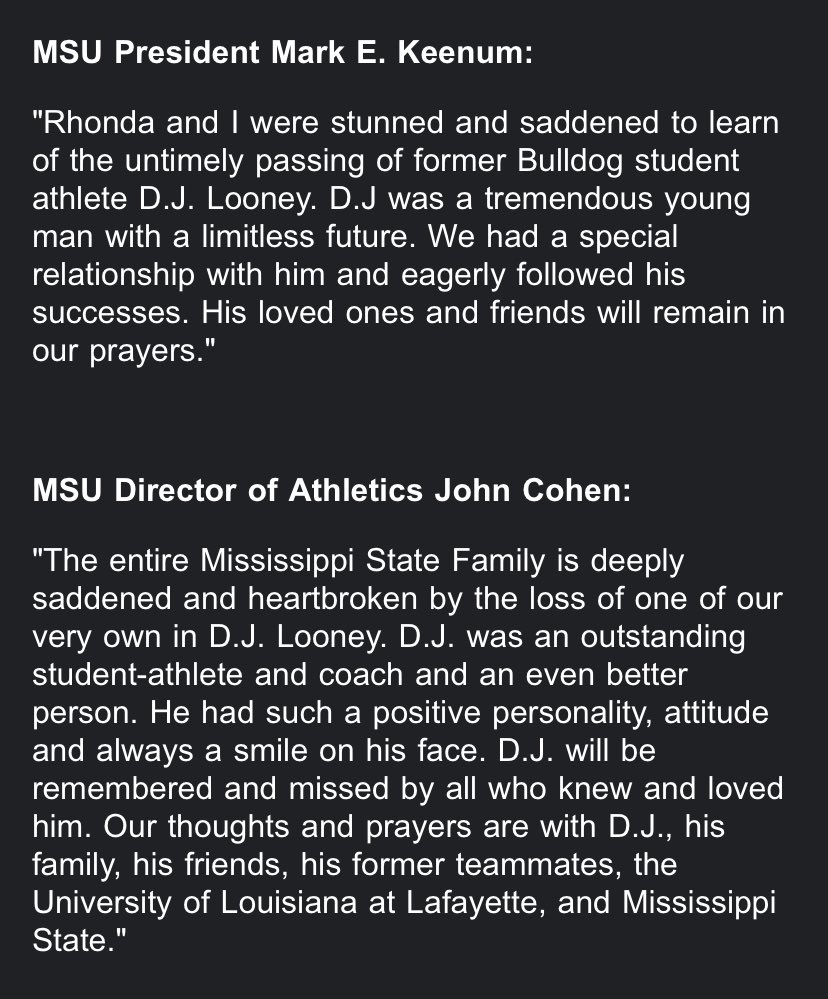 Looney was part of the Bulldog teams that won the 2007 Liberty Bowl over UCF and the 2010 Gator Bowl over Michigan.

RECENT ARTICLES
MISS STATE
Of QBs that have thrown for 600+ yards in a game the last 2 decades, Mike Leach coached over half of them
MISS STATE
Opening weekend SEC game was the most-watched CFB game of the season
MISS STATE
Does Mississippi State have the receivers to make the Air Raid work? I think we can bury that narrative now
MISS STATE
One-hit wonder or SEC threat? Kirk Herbstreit weighs in on Mississippi State after LSU upset