Despite losing Drew Lock to the NFL, Missouri enters the offseason with a ton of momentum heading into 2019. That momentum continues to trend in the right direction for Barry Odom’s program as the team’s outstanding tight end, Albert Okwuegbunam, has announced he will return for next season.

Albert O had been weighing his NFL options following two great seasons to start his collegiate career in Columbia, but in the end, the pull to return for one more season proved to be too much to resist.

During the first two seasons of his career, Okwuegbunam has caught 72 passes for 881 yards and an incredible 17 touchdowns. Those numbers don’t take into account he missed time during the 2018 campaign due to injury.

Okwuegbunam declared his intentions on Thursday with the following graphic, and the caption: “Tiger For Ever,” on social media: 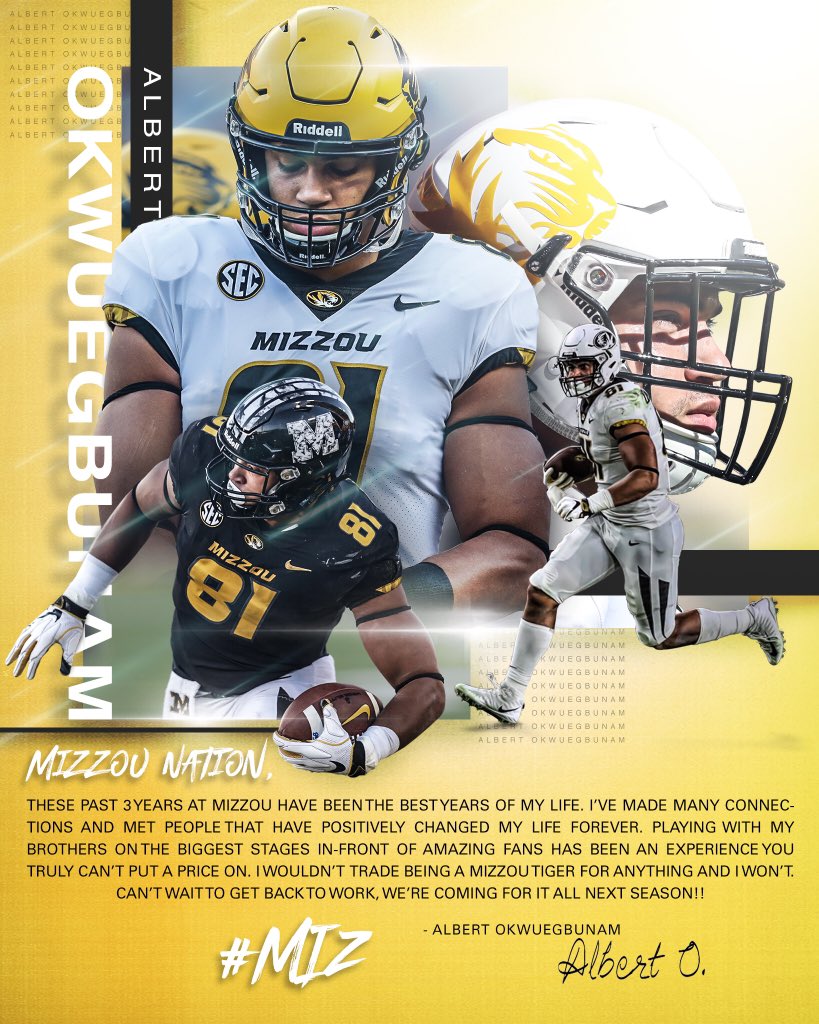 One more year of catches like these from @albertok1234 #MIZ #ShowMe 🐯🏈 pic.twitter.com/sSshFJEoox