Who knew Missouri hired the class clown of the SEC when it landed Eli Drinkwitz?

Most assumed that title would belong to a coach from Mississippi following the offseason hires of Mike Leach at Mississippi State or Lane Kiffin at Ole Miss, yet here we are.

Drinkwitz has endeared himself to media and fans alike this offseason by displaying the level of personality that was once found all across the SEC but has since been suffocated by the army of Nick Saban assistants found at nearly every corner of the conference.

Based on his latest tweet, it doesn’t appear that Mizzou’s coach has any intention of ceasing his jovial attitude when it comes to the seriousness that is SEC football.

While we all sit around and pontificate how and why the SEC schedule for the 2020 season should breakdown now that the league has shifted to a 10-game, conference only slate, Drinkwitz dropped this comment and photo on Twitter:

“SOURCES: @MizzouFootball opponents for 2020 seasons have been decided. Dates to be released at later time.” 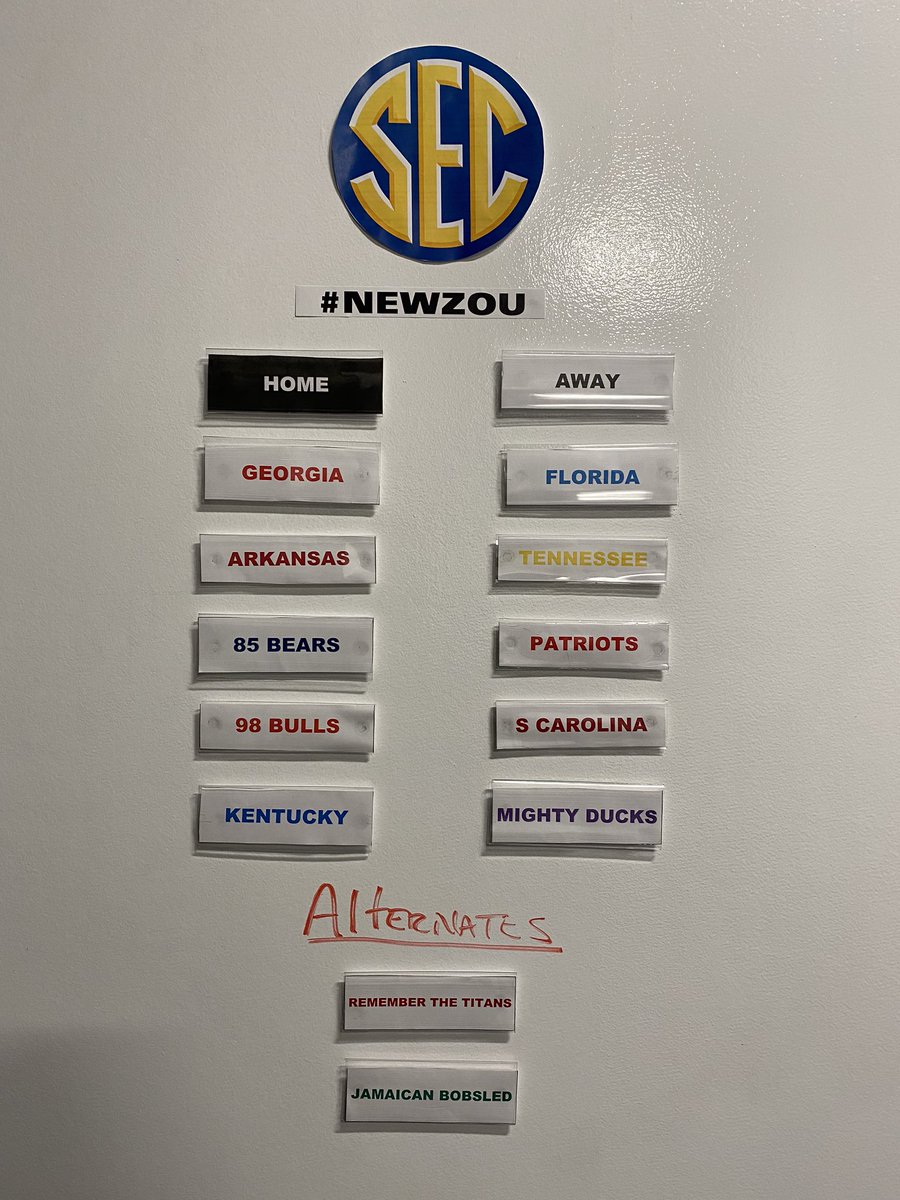 At this time, we don’t have a gambling line for many of these games but facing the Mighty Ducks on the road in Drinkwitz’s first season appears to be a tall task for the Tigers.