Recently, former Tiger Atiyyah Ellison resigned as the team’s head coach to take a role as the director of player development at Mizzou.

Well, Battle High School simply turned to another ex-Tiger. As you can see below, the school announced it had hired former Mizzou OL Jonah Dubinski as its new head coach:

Jonah Dubinski is introduced to his players for the first time as the Head Coach of the Battle Football program! 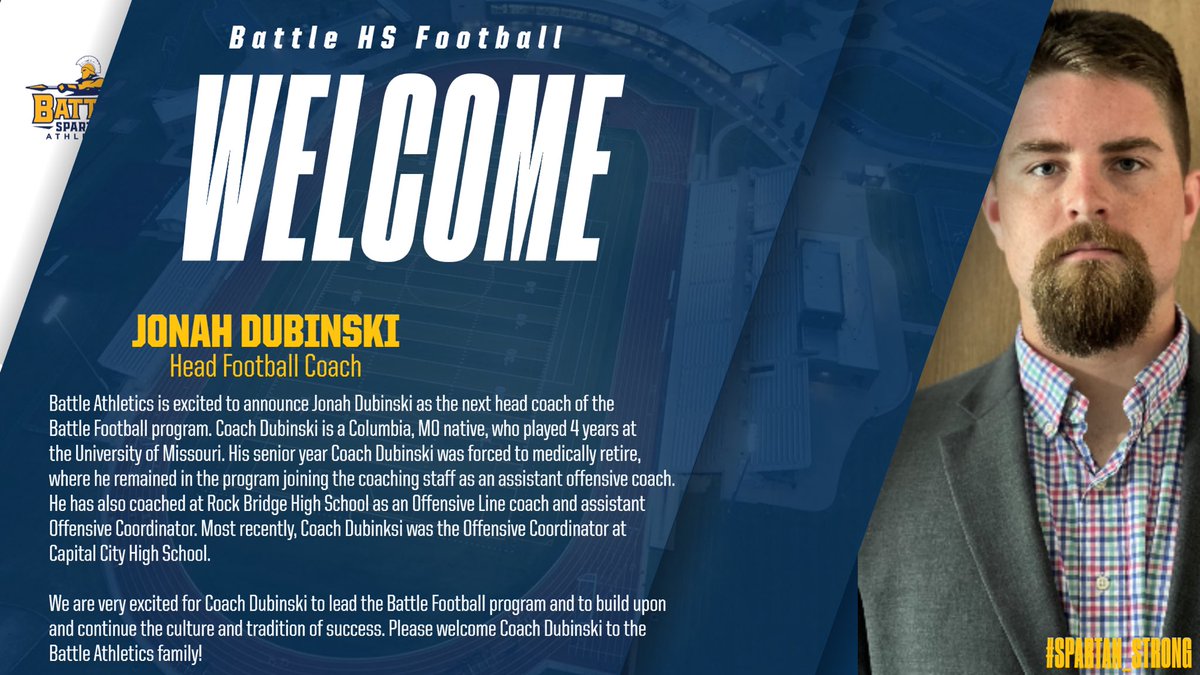 Dubinski played at Mizzou for 4 years before he had to medically retire after suffering an injury. That medical retirement came in 2019.

He has since spent time as an offensive line coach at Rock Bridge and the offensive coordinator at Capital City High School.

SEC
SEC QB Power Rankings, Week 3: Anthony Richardson's time has arrived
MONDAY
DOWN SOUTH
SEC
Monday Down South: Arkansas is back! (Just ask Texas.) How high can Hogs climb in West?
SEC
Week 2 SEC Primer: A past and future rival gives Texas its first taste of life in the SEC
SEC
SEC QB Power Rankings after Week 1: No controversy at Florida (yet), but Anthony Richardson is making it interesting