The Missouri Tigers kick off their 2017 season at home against Missouri State this Saturday, and the team officially announced their updated depth chart for the first game of the season on Tuesday.

QB Drew Lock returns for his junior season under center after throwing for 4,731 yards and 27 TDs over his first two seasons with the Tigers.

Senior DE Marcell Frazier will try to anchor the defensive front after the departure of 2017 first round draft pick Charles Harris. Frazier did finish second on the team behind Harris with 8.5 sacks last season and will try to bring that same presence this year.

Below is the full depth chart for week one: 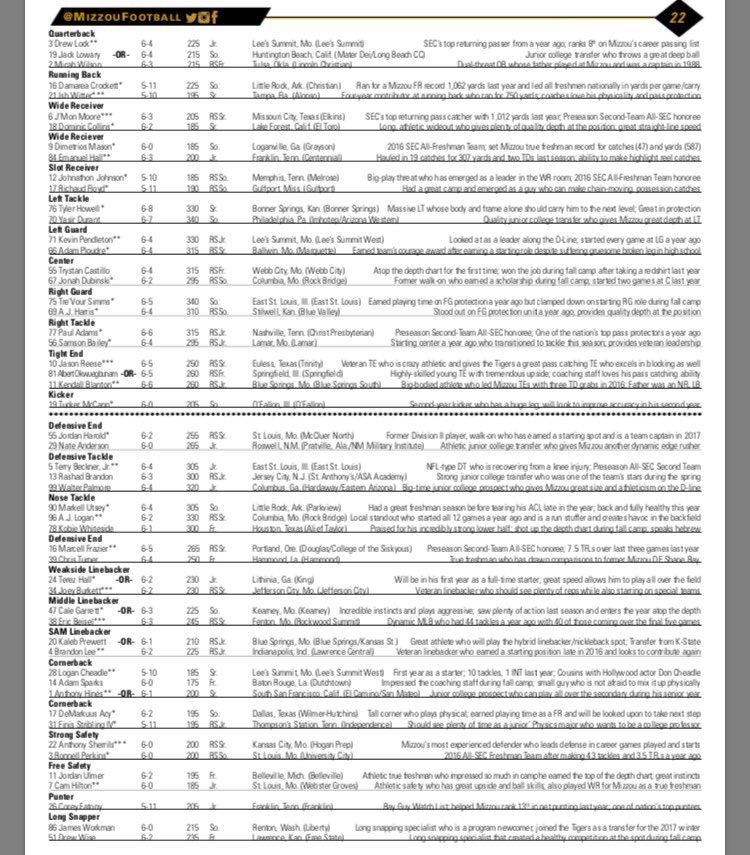