LOOK: Snow falls at Faurot Field as Mizzou prepares for what could be coldest kickoff since 2000

As we inch closer to winter, it appears the cold weather has already hit the Midwest, particularly the state of Missouri.

As the Tigers prepare to host Vanderbilt on Saturday, they’re dealing with some very winter-like conditions, including snow.

In the photos below, you can see the snow falling at Faurot Field on Thursday night — less than 48 hours before kickoff of Saturday’s game: 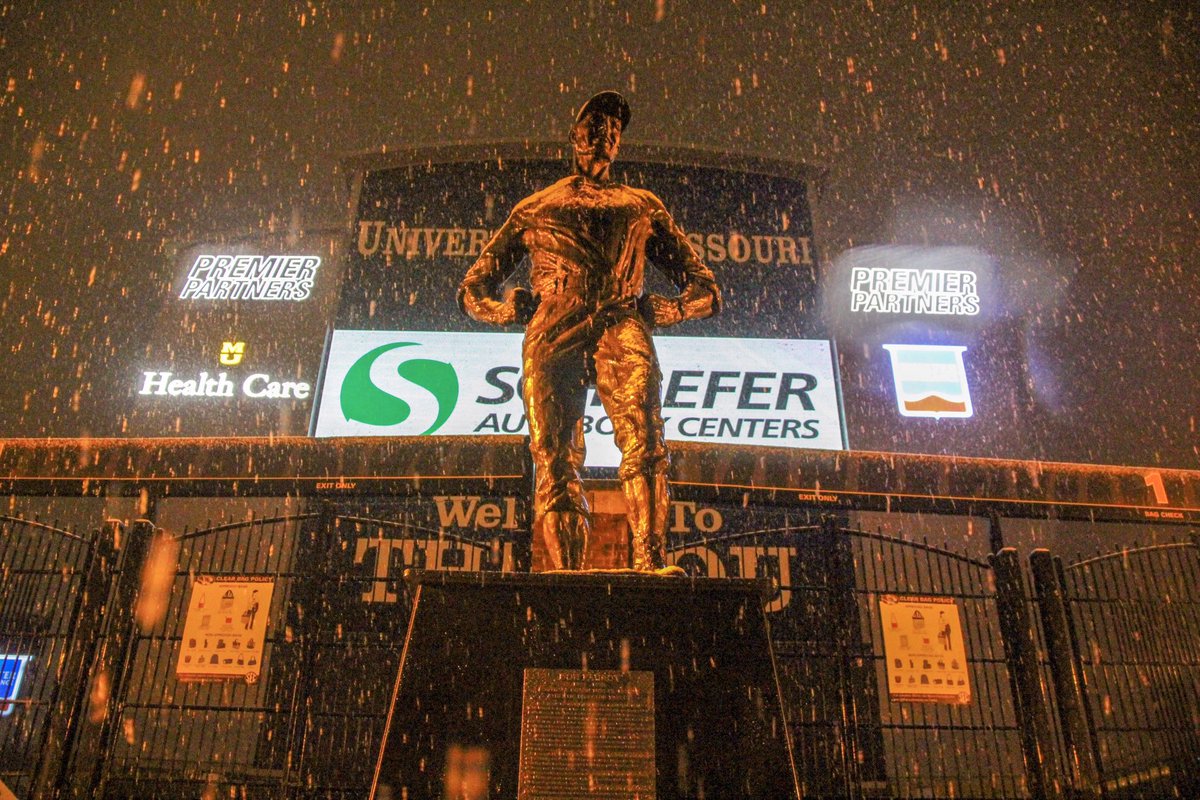 Per Kevin Fletcher, the projected kickoff temperature for Saturday’s game is 28 degrees, and that would be the Tigers’ coldest game since at least 2000:

AccuWeather is projecting a 28-degree kickoff for tomorrow morning vs. Vanderbilt.

The next coldest five:

Fortunately for the Tigers, they play the Commodores at 11 a.m. Central time (on the SEC Network), since it’s supposed to get windier as the night goes on.