As news about Texas and Oklahoma potentially joining the SEC continues to dominate headlines, there was also some big news out of Missouri on Monday.

Per a release from the school, AD Jim Sterk will step down from his position, which he has held for 5 years.

As you can see below, university president Mun Choi issued a statement in a press release thanking Sterk for his leadership:

BREAKING: #Mizzou AD Jim Sterk is stepping down as soon as a new athletic director is found. pic.twitter.com/hFUTvnRIVy 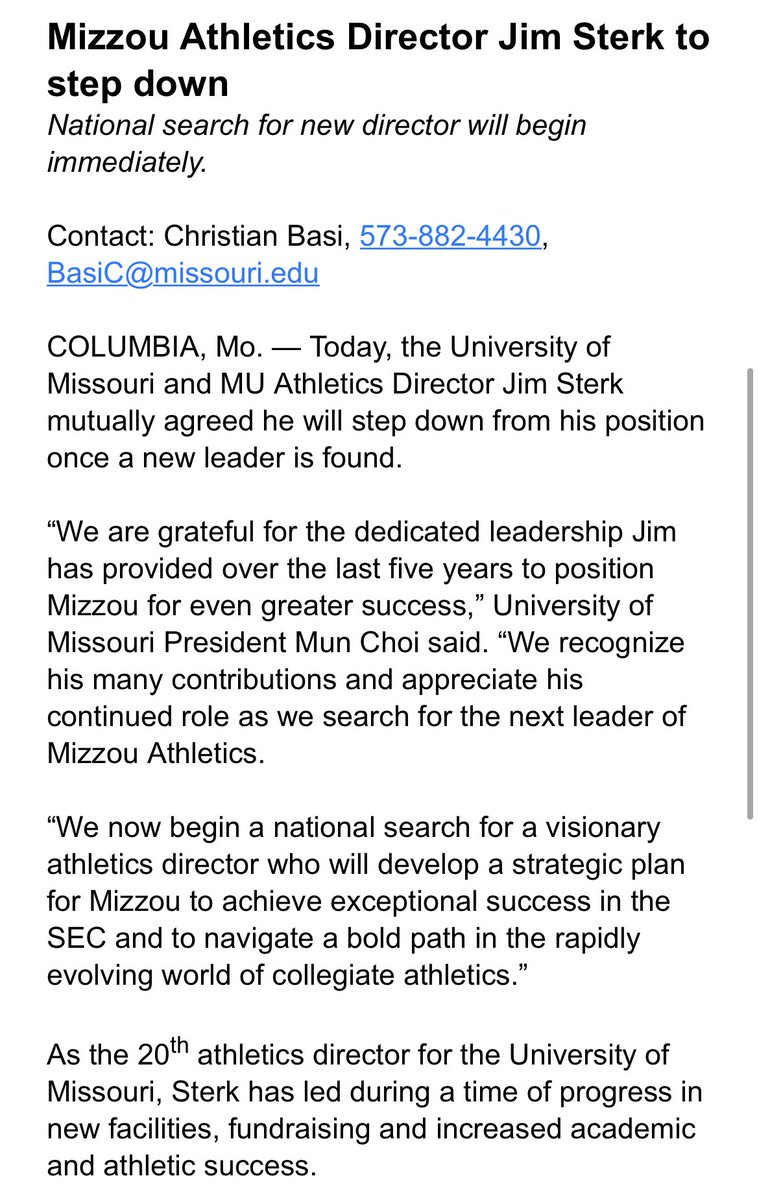 Per STLToday.com’s Dave Matter, the move caught many in Mizzou’s athletic department by surprise. Sterk still had 2 years left on his contract:

Mizzou athletics department staffers were shocked by Sterk's news today, I'm told. He informed them via email a little after 5 pm that he and president Mun Choi mutually agreed that he would step down. Two years left on his contract. More at @STLtoday.

Sterk will step down once a new AD is named. Who that AD ends up being remains to be seen. Per Choi’s statement, a national search will begin immediately.

SEC
SEC QB Power Rankings, Week 3: Anthony Richardson's time has arrived
MONDAY
DOWN SOUTH
SEC
Monday Down South: Arkansas is back! (Just ask Texas.) How high can Hogs climb in West?
SEC
Week 2 SEC Primer: A past and future rival gives Texas its first taste of life in the SEC
SEC
SEC QB Power Rankings after Week 1: No controversy at Florida (yet), but Anthony Richardson is making it interesting