Mizzou is filling out its non-conference. In addition to the rescheduled Louisiana game the team also announced dates for games with Army, San Diego State, Colorado and BYU. 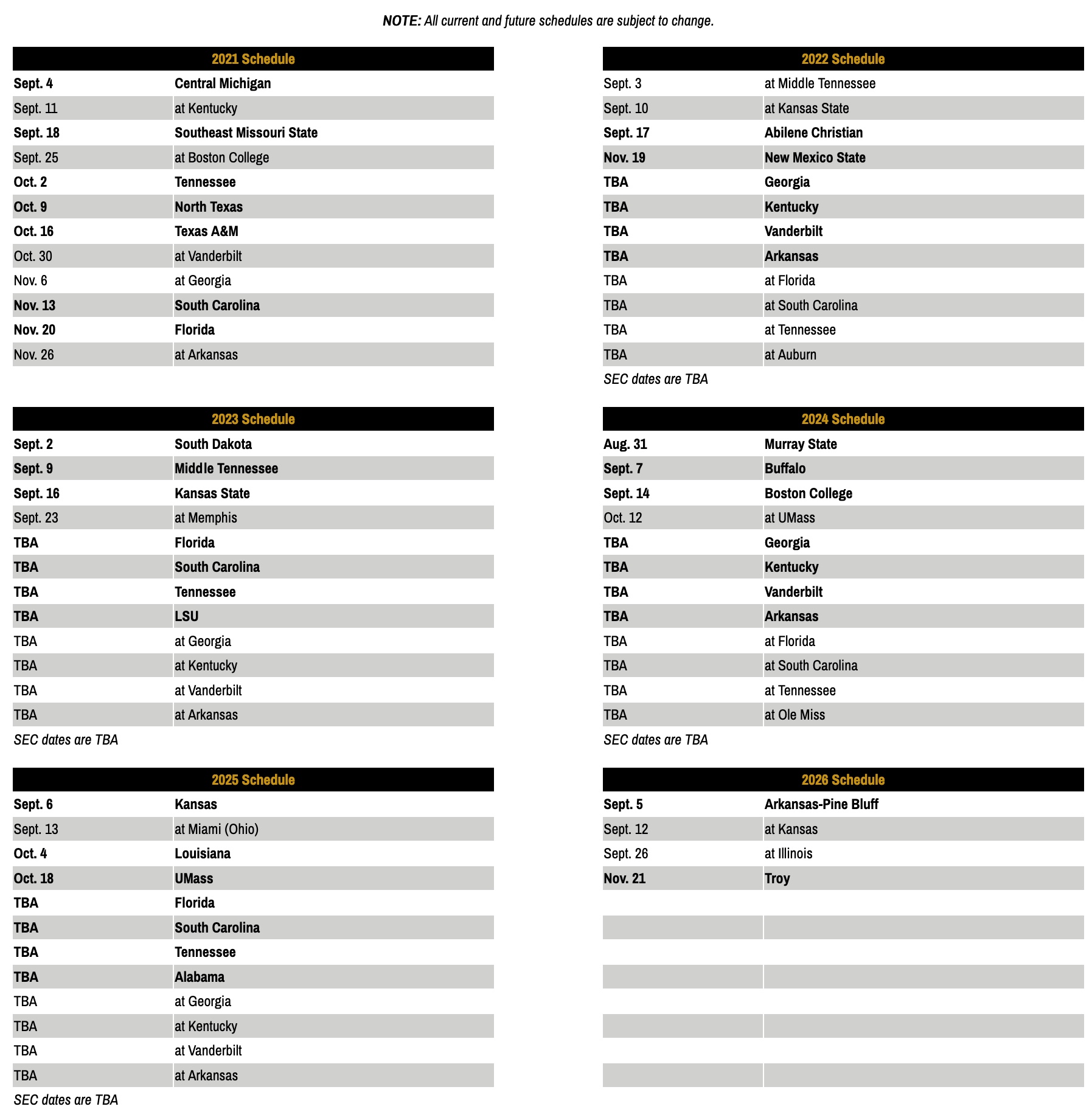