After entering the portal in late March, Mizzou transfer guard Xavier Pinson has narrowed his options down to four teams, including three from the SEC.

On Sunday, Pinson posted a graphic on his Instagram story naming Arkansas, Auburn, Georgia and Nebraska as his final four.

From Chicago, Pinson was a former 3-star recruit on the 247Sports Composite in the class of 2018. Mizzou beat reporter Dave Matter points out that there’s a decent chance Pinson will return to Columbia as a visitor in 2022.

Mizzou plays Arkansas home & away every year and is due to host Auburn & Georgia in 2022, so unless Pinson chooses Nebraska he’ll play a game in Columbia next season. 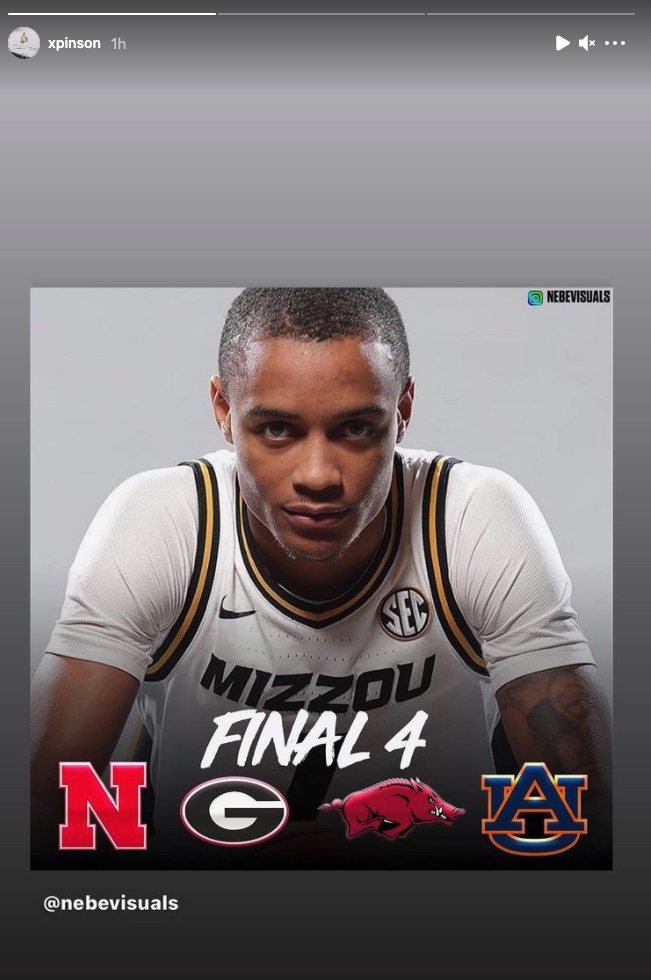