The Missouri Tigers brought in a top 2022 recruiting class. Now, coach Eli Drinkwitz and his staff are working on the 2023 class.

On Sunday, the Tigers got a commitment from an elite 2023 kicker out of the Kansas City era.

As you can see below, Blake Craig took to Twitter on Sunday afternoon to reveal he was committing to Drinkwitz and the Tigers: 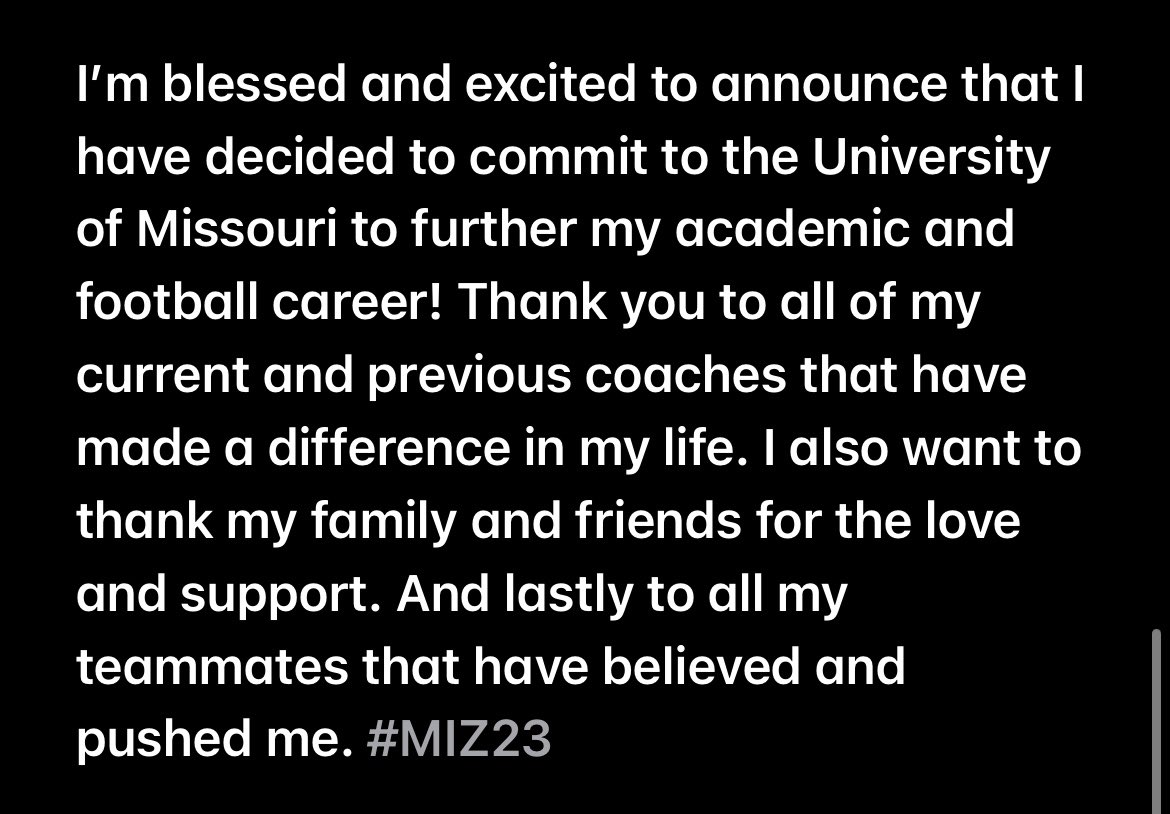 Per KohlsKicking.com, Craig is the No. 2 kicker in the class of 2023, ranked 5 stars by the recruiting service.

Craig is the fifth player in Mizzou’s 2023 recruiting class, which is currently ranked No. 50 in the nation, per 247Sports.