The Missouri Tigers are looking to improve their depth in the secondary ahead of the 2021 season, and they landed an intriguing prospect on Tuesday.

The latest addition to the Tigers comes to them from the NAIA ranks, as DB Stephen Benson Jr. committed to the program.

As you can see below, the senior from Culver-Stockton College in Canton, Missouri, announced via Twitter that he was heading to Columbia to join coach Eli Drinkwitz’s program: 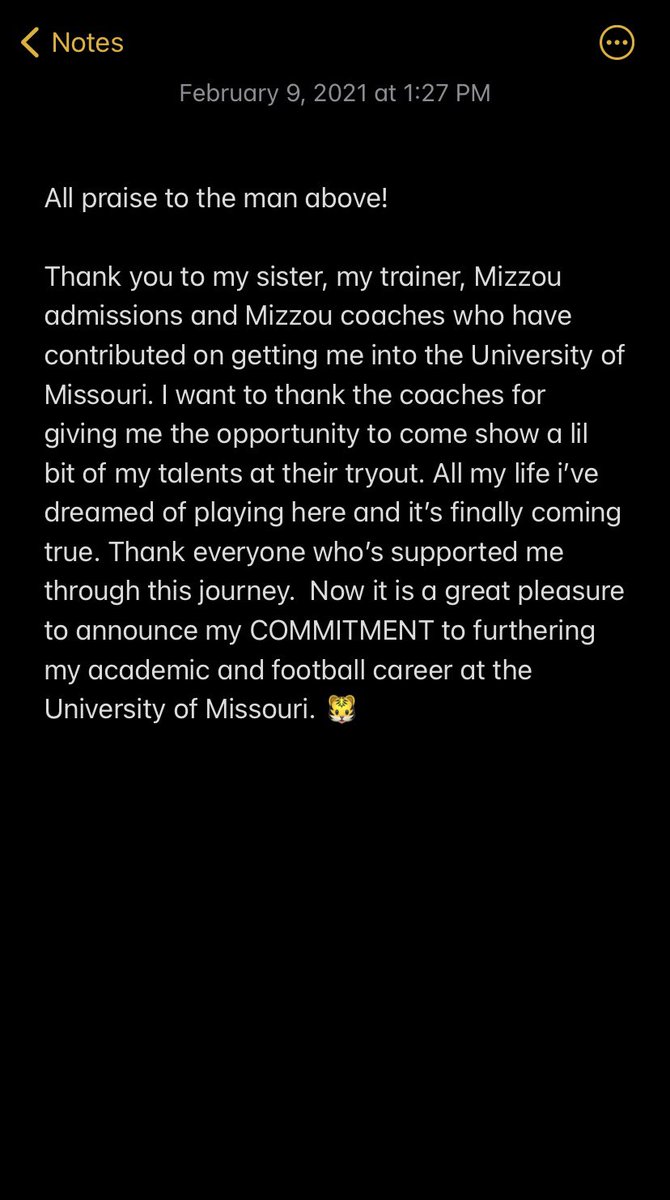 It’s unclear if he’ll join the team as a walk-on or a scholarship player at this point, but that will all be sorted out soon enough.

Culver-Stockton only played 4 games in 2020, but Benson made an impact. He recorded 9 tackles and had an interception. He also returned 7 kickoffs, bringing 1 all the way back for a touchdown.

Here are some of his highlights from Culver-Stockton: