The Missouri Tigers aren’t done adding pieces to the 2021 roster just yet!

On Tuesday afternoon, a 2021 running back out of Rock Bridge High School — located near Mizzou in Columbia — announced he was continuing his career with the Tigers.

As you can see below, Bryce Jackson took to Twitter to announce that he’d be joining the Mizzou program for the 2021 season and beyond:

I wanted to officially announce that I have decided to continue my academic and athletic career at The University of Missouri. It's a privilege to have been given this opportunity. I'm excited and ready to work!! #Mizzou #NewZou pic.twitter.com/7qJ1qQh4Ll 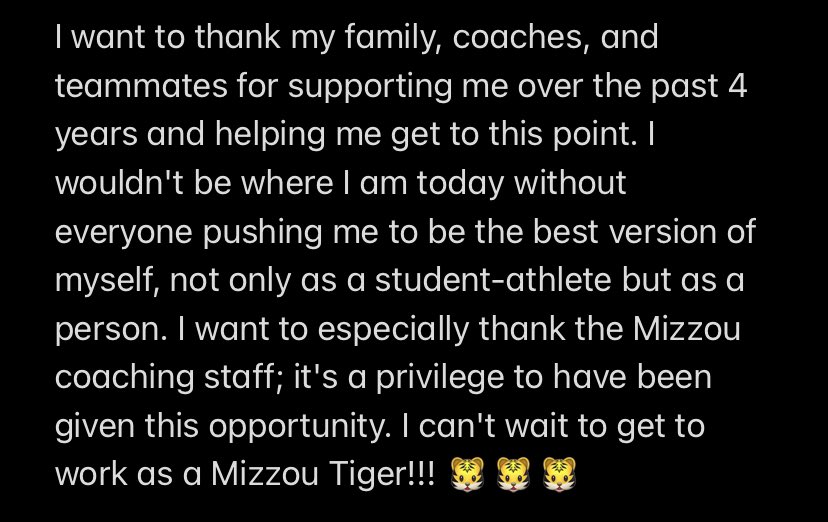 Jackson will likely be a preferred walk-on for the Tigers in the 2021 class. He does not appear to have a 247Sports profile or any recruiting rankings.

Below, you can check out some of Jackson’s high school highlights, courtesy of Hudl: