Mizzou is going all-white for BYU.

Gary Pinkel revealed the Tigers’ latest alternate uniform on Thursday via his Twitter account, shortly after the set was modeled by injured star defensive tackle Harold Brantley in front of his teammates. 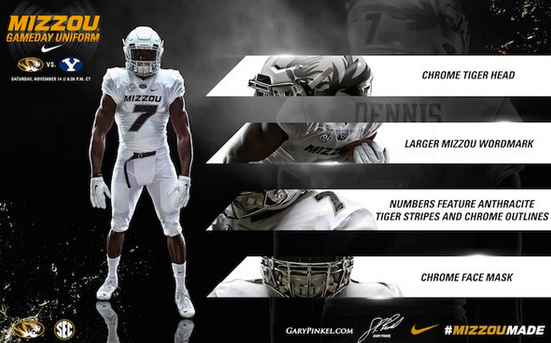