The NBA Draft lottery is tonight and it’s one of the most important events on the NBA calendar. For many teams, it can mean an acceleration on a rebuild which can vault a struggling team into playoff contention. Or, if the odds don’t fall in your favor, it can mean the promise of getting a potential star player fades into the more realistic shot of adding a role player. NBA Draft lottery history shows that a number of teams that score the coveted top pick in a draft can add a hugely meaningful piece to a roster, and in some cases, they can add an historic franchise-changing player.

While the importance of the NBA Draft lottery remains ultra high in NBA circles, the lottery itself has gotten even more interesting. That’s because in recent history, the NBA has “flattened” the odds of the lottery in order to disincentivize late season tanking by teams that are out of the playoff mix. The worst three teams by record now have even odds (see below) and teams that are in lottery, but had not-so-bad records have higher odds than in the past to jump up and score a top pick. The result is that teams that aren’t so horrible can jump up and land incredible talent in the draft. For example, the New Orleans Pelicans jumped up and grabbed the top pick in the 2019 NBA Draft lottery despite only having a 6% chance to get the pick.

So which teams have what odds to land the top pick? Here are the odds for tonight’s NBA Draft lottery:

However it’s not just about the top pick. Due to how the NBA Draft lottery works (the top 4 picks are chosen from the ping pong balls, then the rest of the teams fall in order of the regular season record), it’s important to know the odds for each team to land a top 4 pick. Those odds are as follows:

Can Houston’s horrific season be rewarded?

The Houston Rockets delivered a horrendous season with by far the worst record in the league: 17-55. After trading James Harden, the bottom fell out from the Rockets’ season in a big way. If the utter horribleness of the Rockets’ season isn’t rewarded with a top pick, it would be a tough pill to swallow for the fans.

Like all of the top 3 teams in terms of odds, the Rockets have a 14% chance for the top pick and a 52.1% chance for a top four pick. Those are good odds, but not overwhelming odds. It’s not out of the questions for the Rockets to have a disappointing result tonight.

Can Orlando get a top tier talent?

The story of recent Orlando NBA Drafts is that of missing out by just a pick or two on top tier talent. Whether it was missing on the likes of Joel Embiid or Trae Young, Orlando has had a number of near misses in recent years. And those near misses is what has kept the Magic in a state of rebuilding.

The Magic have the potential to have an incredible night if they can land the top pick or two, plus maintain the Chicago pick at the no. 8 slot. Orlando received the top 4 protected pick from Chicago as part of the Nikola Vucevic trade this season.

Will Minnesota not have a pick?

Minnesota won too many games late and it pushed their odds down from 52.1% of getting a top four pick to 37.2%. This could be disastrous as if the pick falls outside the top 3, the pick goes to Golden State. Ouch.

Can Chicago prevent a total disaster?

Chicago made some “win now” moves during the season by trading for the Magic’s Vucevic and gave up some draft picks in exchange. The problem was that Chicago went on to lose a bunch of games and not make the playoffs. The move failed quite miserably and now the Bulls are 80% likely to give up their pick to the Magic as a result. However, there’s a chance the Bulls jump into the top 4 and thus keep their pick.

How many teams will jump into the top 4 from the outside?

With the NBA’s recently flattened odds, it’s possible that teams that are currently slotted in the back half of the lottery jump into the top four. The NBA flattened the odds to give the worst teams a less advantage. This was done to attempt to disincentive late season tanking in the NBA regular season. 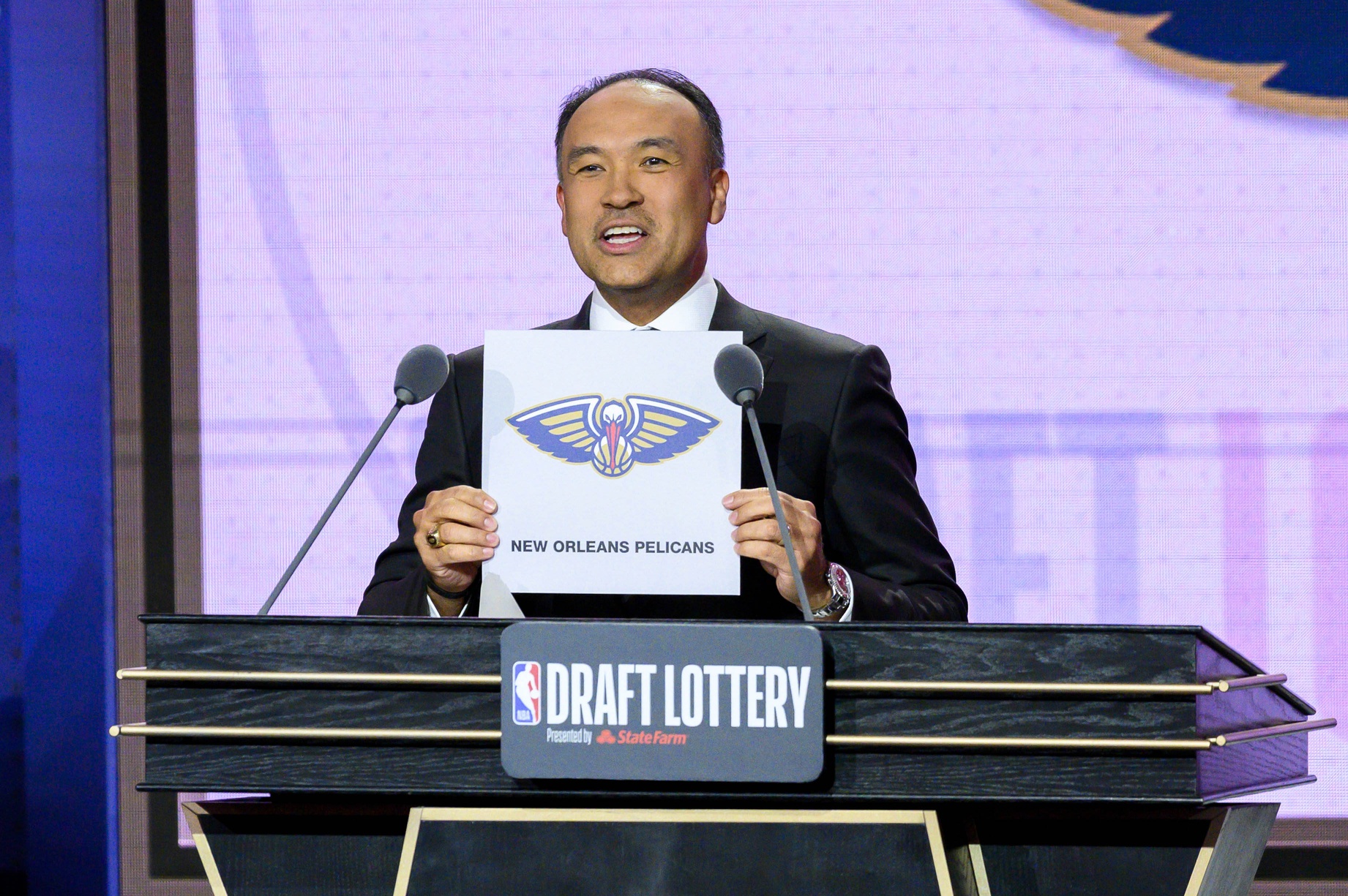 Be sure to tune in tonight to the NBA Draft lottery at 8:30 p.m. It’s one of the most underrated events on the sports calendar each year and is an event that has massive ramifications for a number of fanbases.