If National Signing Day at Ole Miss three weeks ago was a disappointment, then the news Wednesday out of Oxford was a disaster.

The NCAA is coming after the Rebels, so the self-imposed one-year bowl ban they announced could be the first step to a complete housecleaning. Said housecleaning might signal the beginning of the end for coach Hugh Freeze.

Already being investigated for 13 rules violations by current or former members of Freeze’s staff, eight new infractions — from improper benefits to lying to NCAA investigators — arrived alongside the most feared four-word phrase in college football: “lack of institutional control.” It’s gone from bad to worse for the Rebs.

According to Mississippi athletic director Ross Bjork, while he’ll be contesting several of the new charges, he’s not fighting some of them.

“The additional allegations announced today are serious,” Bjork said in 21-minute a video statement that was far from must-see-TV. “But we will vigorously defend the university against the allegations that we believe are not appropriately supported, including that we lacked institutional control and that our head coach did not promote an atmosphere of compliance or monitor staff in the football program.”

In addition to voluntarily staying home next holiday season, Ole Miss forfeits its share of SEC postseason revenue, which will be $7.8 million or so. That’s about one-and-a-half times the $4.95 million Freeze is scheduled to make in 2017.

Freeze sounded defeated on signing day earlier this month. Just a year ago, he reeled in the No. 5 recruiting class in the country based on the composite rankings at 247Sports. But this time around, his haul fell all the way to 30th — 12th in the conference alone. Even in-state rival Mississippi State came in at 24th.

The dark cloud following him just got considerably darker. Chances are, he’s worried about his job security. And he should be. 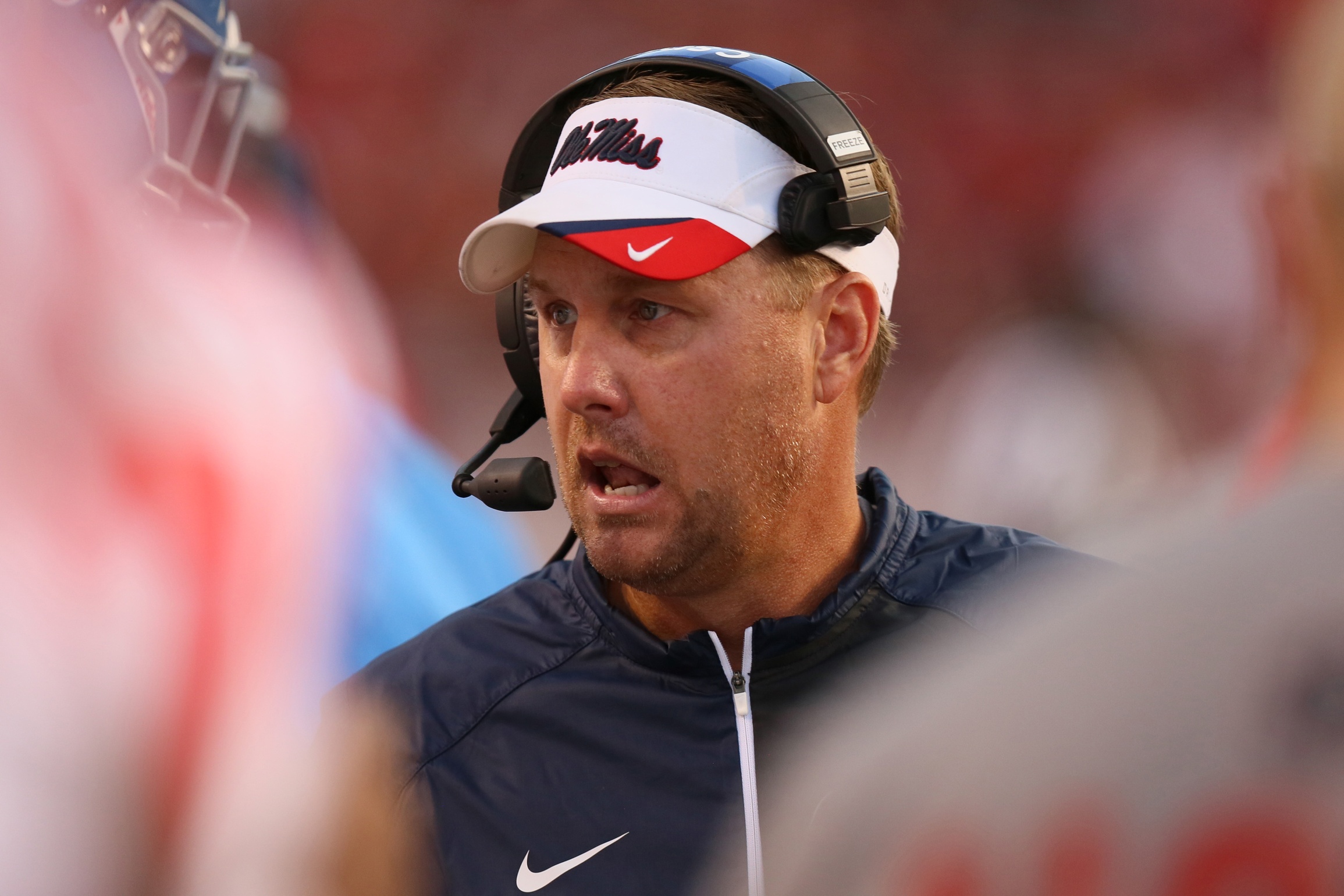 “This has been a long process for all involved,” Freeze said. “And I’m like everybody here, saddened by the negative attention that has been brought on our great university by the seriousness of this case. I feel terrible for our players and staff who have to handle the consequences of the actions of a very few.”

Even if the overwhelming majority of those associated with the program have been above board with the way they’ve handled their business, “the actions of a very few” are Freeze’s responsibility one way or another.

Freeze, of course, has continually denied any knowledge of such nefarious activity. Former Baylor coach Art Briles did the same thing.

Nobody is suggesting that the rules-breaking at Ole Miss is on par with the alleged atrocities at Baylor. Hunting trips and shopping sprees don’t equal serial rape culture on campus and look-the-other-way mentality from those in charge.

Nevertheless, most everyone associated with Baylor in a position of power at the time — both on the field and off — is gone. AD Ian McCaw resigned, as did university president Ken Starr. Briles is positively radioactive as a free-agent coach right now. Another school would be insane to hire him at this point.

The NCAA tends to be more lenient when universities start by sanctioning themselves. Still, it’s going to take more than a one-year bowl ban.

Ole Miss has already volunteered to give up 11 total scholarships from 2015-18, but that was after the initial notice of allegations in January of 2016. With the list of offenses now longer, more precious free rides could go up in smoke. 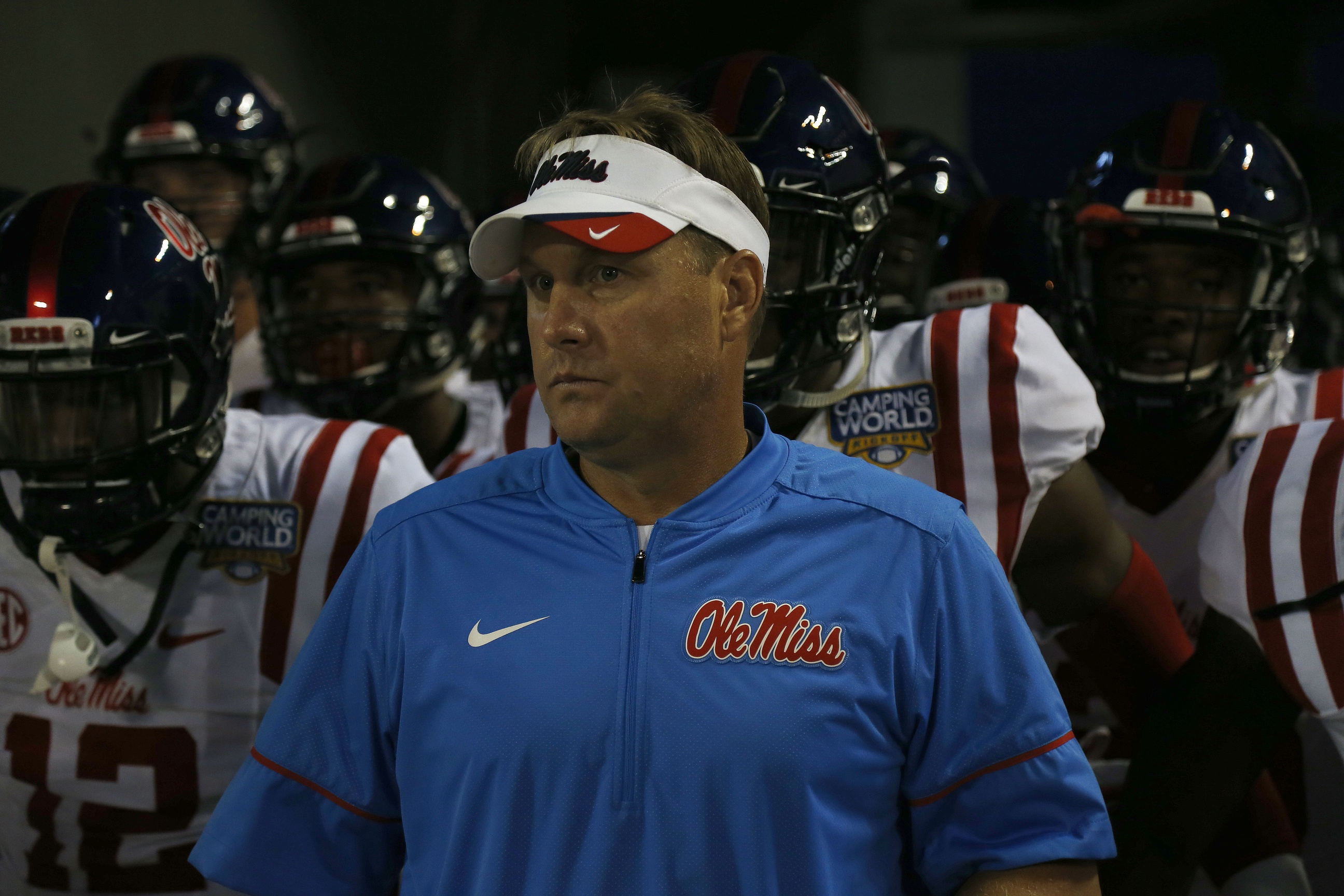 Even after maybe the greatest four-year run on the recruiting trail in Rebels history, Freeze and Co. — candidates to unseat Alabama in the West and a dark-horse contender for the College Football Playoff — completely fell apart to 5-7 in 2016. Freeze may have peaked with a victory in the Sugar Bowl the previous season.

With the future of the program much more dim today than it has been recently, axing Freeze to help save face with the NCAA looks necessary.

Freeze’s tenure at Mississippi has been surrounded by rumors and innuendo for quite some time. How did he suddenly turn this program, which hasn’t won the league since 1963 and never even been to a conference title game, into a recruiting monster?

His first class with the Rebs in 2012 was only ranked 47th. But after a 7-6 debut and a W in the BBVA Compass Bowl over Pittsburgh, suddenly his 2013 group shot up to No. 8 — and included future first-round picks Laremy Tunsil, Laquon Treadwell and Robert Nkemdiche. Not one of them was from the Magnolia State, by the way.

Even Ed Orgeron, who everyone agrees is a living-room dynamo, never did better than 16th in three years as head coach from 2005-07.

Outside of SEC circles, the first thing a lot of fans envision when asked about Rebs football is that video of Tunsil and his infamous marijuana-friendly gas mask. He admitted to taking money from coaches in college.

Much like the Tunsil situation, don’t expect a satisfying end to this soap opera any time soon. The NCAA has been toothless recently, as investigations at Miami and North Carolina — Nevin Shapiro’s shenanigans and systemic academic fraud, respectively, seemed much more serious than what Ole Miss is accused of — became a joke.

But the Rebels’ rebirth as one of the haves in the SEC appears to have come to an end. It’s a short road back to the land of have-nots.