The former Ole Miss offensive tackle was selected No. 13 overall by the Miami Dolphins during Thursday’s NFL Draft after seeing his draft stock plummet due to a hack of his Twitter account which revealed a video of Tunsil smoking out of a bong while wearing a gas mask.

But that was just the beginning of his social media issues.

We have screenshots of the posts that were made:

Now, first, it’s worth noting that screenshots like these are fairly easy to fake.

That being said, this alleged conversation with “John Miller” seems to indicate that money was changing hands.

For reference, John Miller is listed as Assistant A.D./Football Operations on the Ole Miss football website. 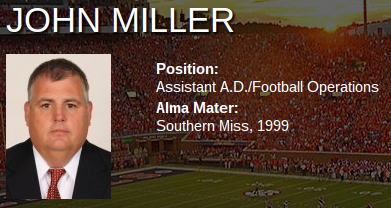 Stay tuned for more to come from this story.