The Lane Kiffin era at Ole Miss is off to a rough 1-4 start, but Rebels fans are still on the Lane Train.

Unsurprisingly, Kiffin has inspired at least one fan’s Halloween costume. The Barstool Ole Miss Twitter account shared one fan’s spot-on Kiffin costume, with the added touch of looking at his phone (presumably the Twitter app) when the photo was taken: 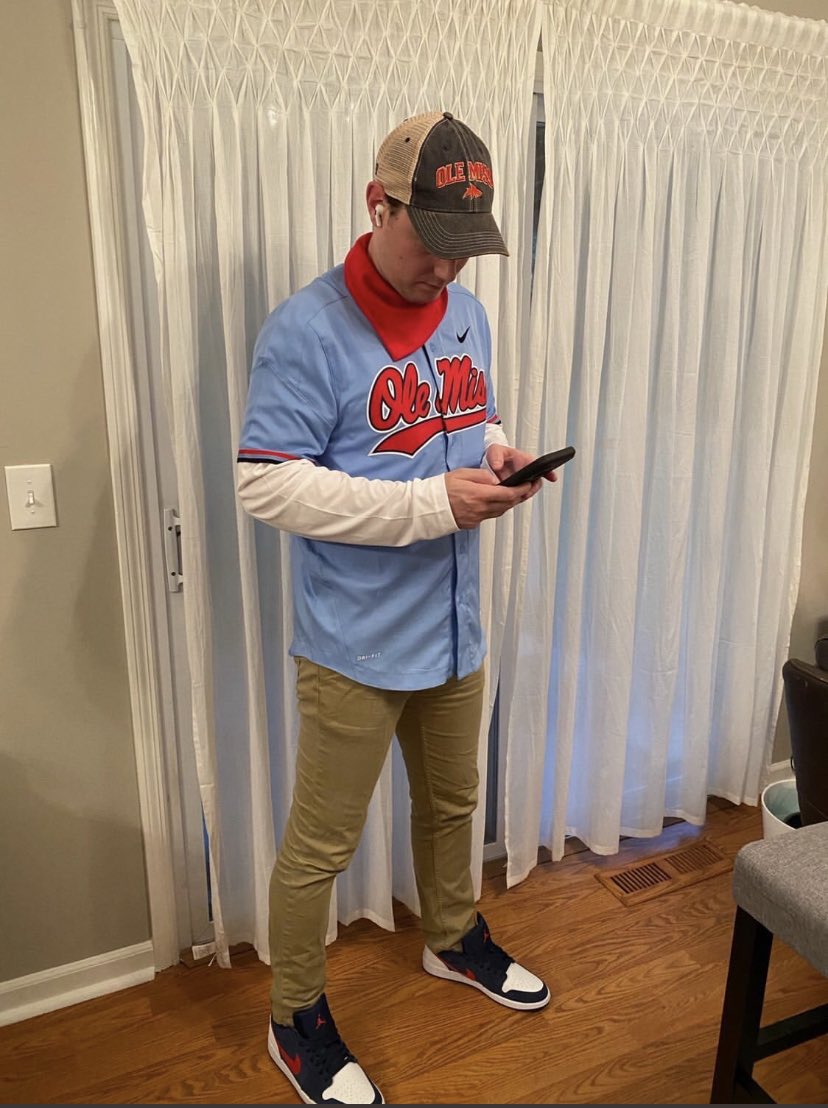 Most fans dressing up as a college football coach for Halloween sport the official coach’s polo. Kiffin, however, has been known to wear the Ole Miss baseball jersey. The Rebel fan captured the exact look from a video shared last week by the football team’s official Twitter account.

Kiffin’s Rebels are in action at Vanderbilt on Saturday. The game is set for a 3 p.m. Ct kickoff on the SEC Network.