On Friday, the Rebels announced Coleman Hutzler as the program’s new special teams coordinator. Hutzler served as the co-defensive coordinator and linebackers in Austin last season under Tom Herman.

Prior to landing at Texas, Hutzler was Will Muschamp’s special teams coordinator and linebackers coach at South Carolina for four seasons. During his time at South Carolina, Hutzler was nominated for the Broyles Award — given annually to the nation’s top assistant coach — during the 2017 season.

Following Hutzler’s hire in Oxford, Kiffin is now down to two openings on his Ole Miss coaching staff. The Rebels currently don’t have a tight ends coach (Joe Jon Finley left for Oklahoma) or a defensive line coach (Deke Adams was not retained by Kiffin). 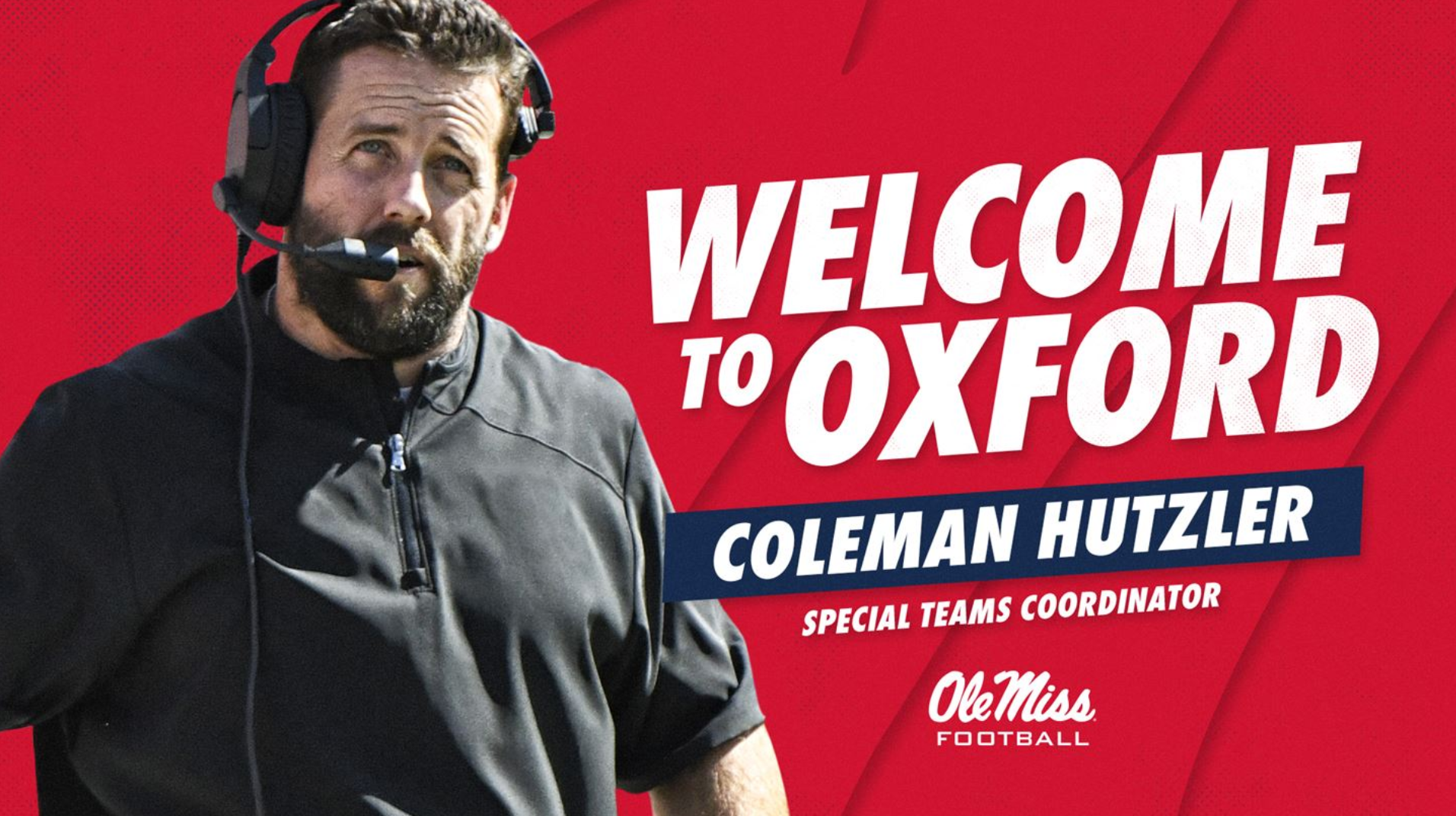