The Ole Miss Rebels finalized a deal with Lane Kiffin to be their new head coach this week.

Now, they’ve suffered their first decommitment of the Kiffin era, and it was 2021 3-star WR Cameron Wright.

As you can see below, the South Panola High School receiver announced that he was pursuing a major not offered at Ole Miss: 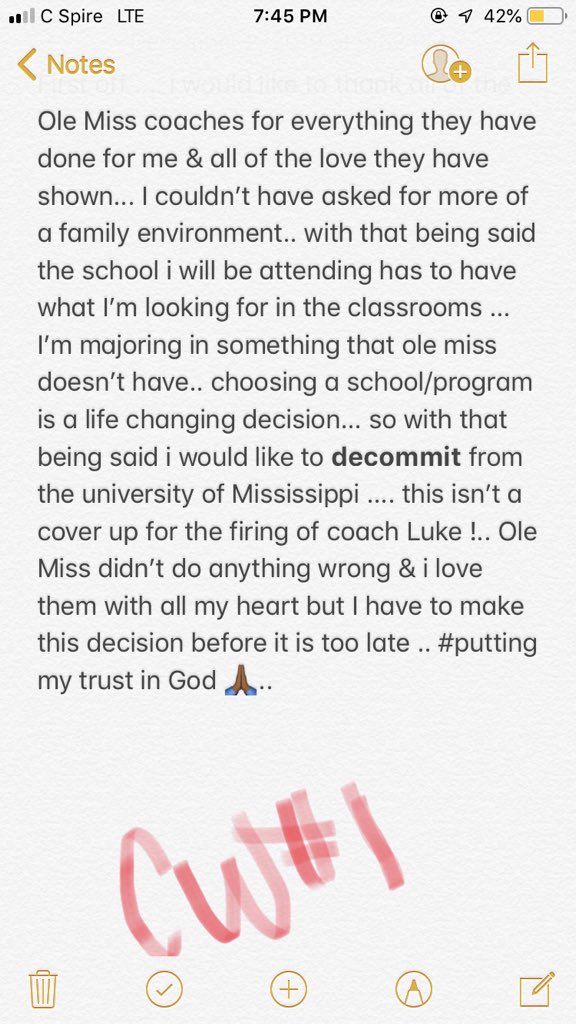 According to the 247Sports composite rankings, Wright is the No. 112 wide receiver in the class of 2021 and the No. 14 overall recruit from the state of Mississippi.

TRENDING
17,988 READS
Predicting the biggest upset of the 2020 season
9,606 READS
Georgia challenges Coach Duggs leading up to Tennessee game, fails in response after losing matchup
8,418 READS
Peyton Manning explains why he has yet to accept a broadcasting job
LATEST NEWS
View All
7 minutes ago
What's Georgia getting in JT Daniels? The QB's talent is evident based on his USC highlight reel
34 minutes ago
Georgia lands commitment from former 5-star recruit, USC quarterback JT Daniels
56 minutes ago
Texas Governor allowing professional stadiums to reopen with limited capacity
2 hours ago
Texas A&M adds another blue chip recruit as in-state defensive back Deuce Harmon commits to the Aggies
2 hours ago
Kirby Smart says every SEC decision starts with ensuring safety of the student-athletes
3 hours ago
SEC Network analyst DJ Shockley reacts to speculation that Georgia may land USC transfer QB JT Daniels