Zach Evans was an elite 5-star prospect in the 2020 recruiting class and was being looked at by a number of top SEC schools before eventually ending up at TCU.

Now, he’s making his way to the SEC. As you can see below, Evans took to Twitter on Thursday morning to reveal he was transferring to Ole Miss: 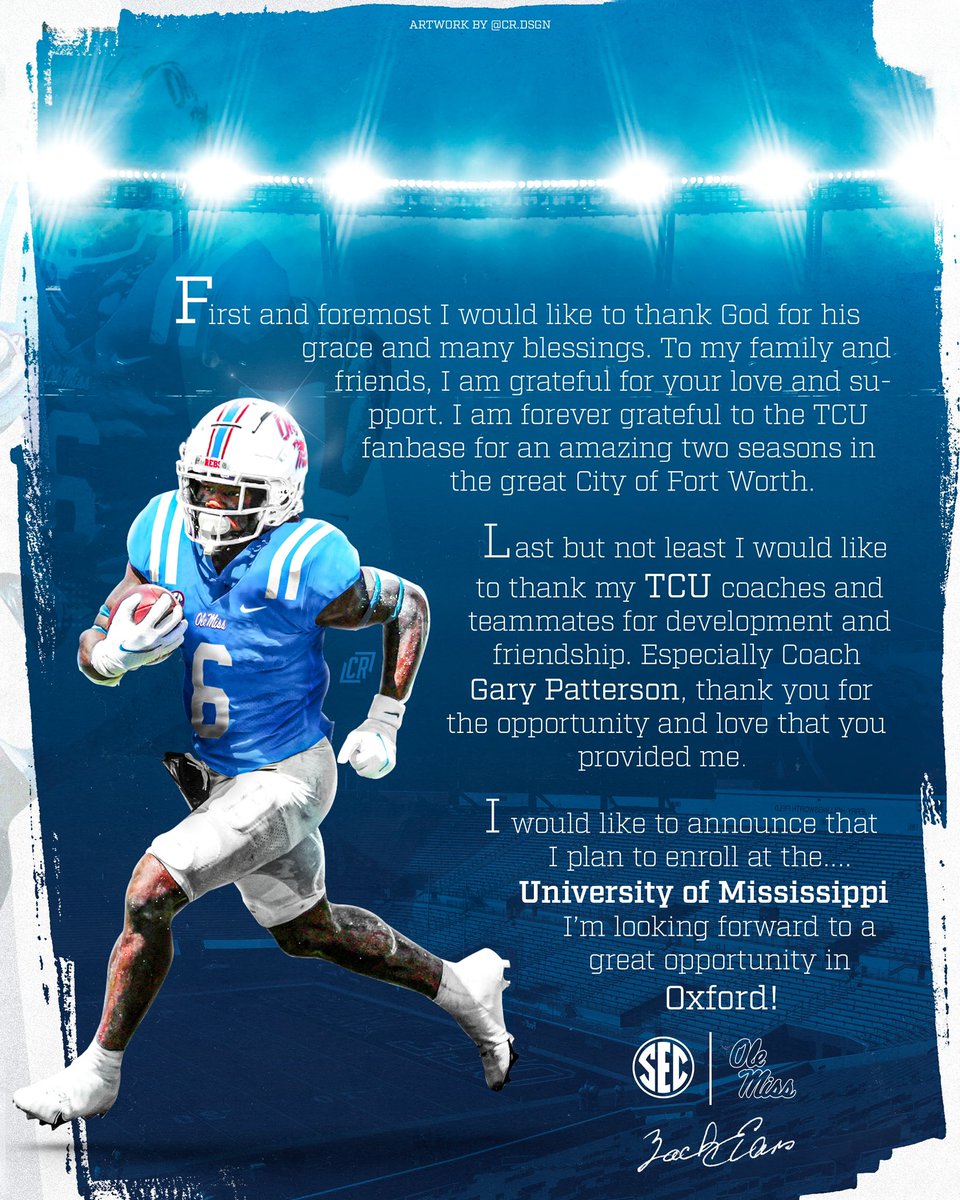 That’s a huge addition for Lane Kiffin and company, especially since the Rebels are losing top RBs Jerrion Ealy and Snoop Conner to the 2022 NFL Draft.

Evans only appeared in 6 games for the Horned Frogs in 2021, compiling his 648 rushing yards and 6 total touchdowns in that time. If he plays a full season at Ole Miss in 2022, the sky is the limit for the talented back.