While it’s still more than two months prior to the NFL Draft, we’re in the heart of the evaluation process at the next level.

With the college all-star games now in the rearview mirror, the next big event is the annual meat market known as the Scouting Combine. Never have these prospects been subjected to the kind of pulling and prodding they’ll receive in Indianapolis.

But the combine isn’t until next month, which means there’s plenty of time between now and then to break down the pre-draft grades that have already been handed out by the draftniks — a few of whom I know personally and respect immensely — at CBS Sports. Of course, all of this is subject to change based on what we see in the Hoosier State.

As far as the SEC is concerned, it’s possible that the league could set an all-time record for most players selected in the first round. Alabama alone has six currently projected to come off the board in Round 1.

That being said, here are five names from the best conference in America I feel are being overrated a bit ahead of draft weekend.

One of the aforementioned members of the Crimson Tide pegged as a first-rounder, it’s a possibility that his value is being inflated because most scouts consider this to be a down year for offensive tackles. Robinson’s tape is rather inconsistent. One week, he looks like a future Pro Bowler. But the next, he seems bored and disinterested. 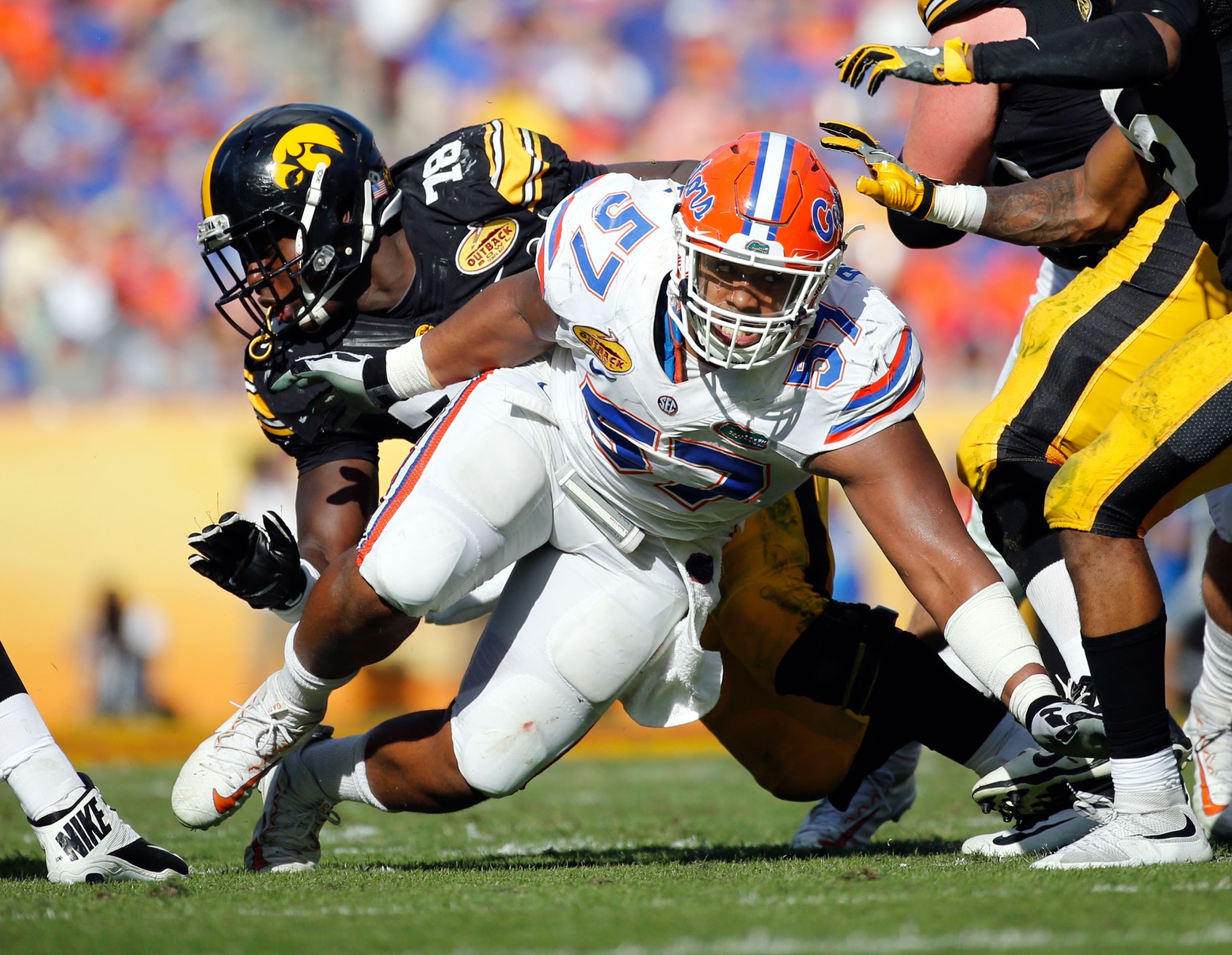 Jonathan Bullard was incredible for the Gators in 2015 with 17.5 tackles for loss, yet he didn’t hear his name called until Round 3. On top of that, he made next to no impact as a rookie for the Chicago Bears. Brantley wasn’t nearly as productive as Bullard at a similar size and in the same scheme, so a second-round grade may be generous.

Even in a weak draft for bookend blockers, as was covered above, he’s an obvious candidate to move inside to guard in the pros. In today’s pass-happy NFL, a premium is placed on blind-side protectors like never before. But quality guards can be found later than Round 3, which is where Holden is presently slated.

Few teams in the country feature the tight end more often or more effectively than the Hogs. Hunter Henry was sensational as a rook for the San Diego Chargers as a second-rounder a year ago. Sprinkle is scheduled for Round 5, but his stats didn’t spike after Henry departed. Also, he has character concerns now after the infamous Belk incident.

Unable to participate in the Senior Bowl due to injury, now he won’t even go to the combine since the NFL is being harsher on players with certain legal blemishes on their record. Simply speaking, Kelly wasn’t any better as a senior than he was as a junior. The Rebels lost a bunch of games, too. Even the sixth round might be reaching.

John Crist
John Crist is an award-winning contributor to Saturday Down South.
RECENT ARTICLES
SEC
First impressions of every SEC game in Week 5
SEC
First and 10: Only one way to get to Hog Heaven -- beat the big boys. So bring on the gauntlet
SEC
Sad fans are sad: Week 4
SEC
SEC bowl projections after Week 4
PRESENTED BY