College football fans are always excited to see the new AP poll on Sunday. It’s fun to read (and debate) who the country’s sportswriters think are college football’s top teams.

While the final tally gets the most attention, individual votes can also be of interest. Here’s some of the votes that stand out for different reasons:

If your eyes can take it, and your brain doesn’t start looking for Waldo, the votes are represented visually in the following image tweeted by /r/CFB: 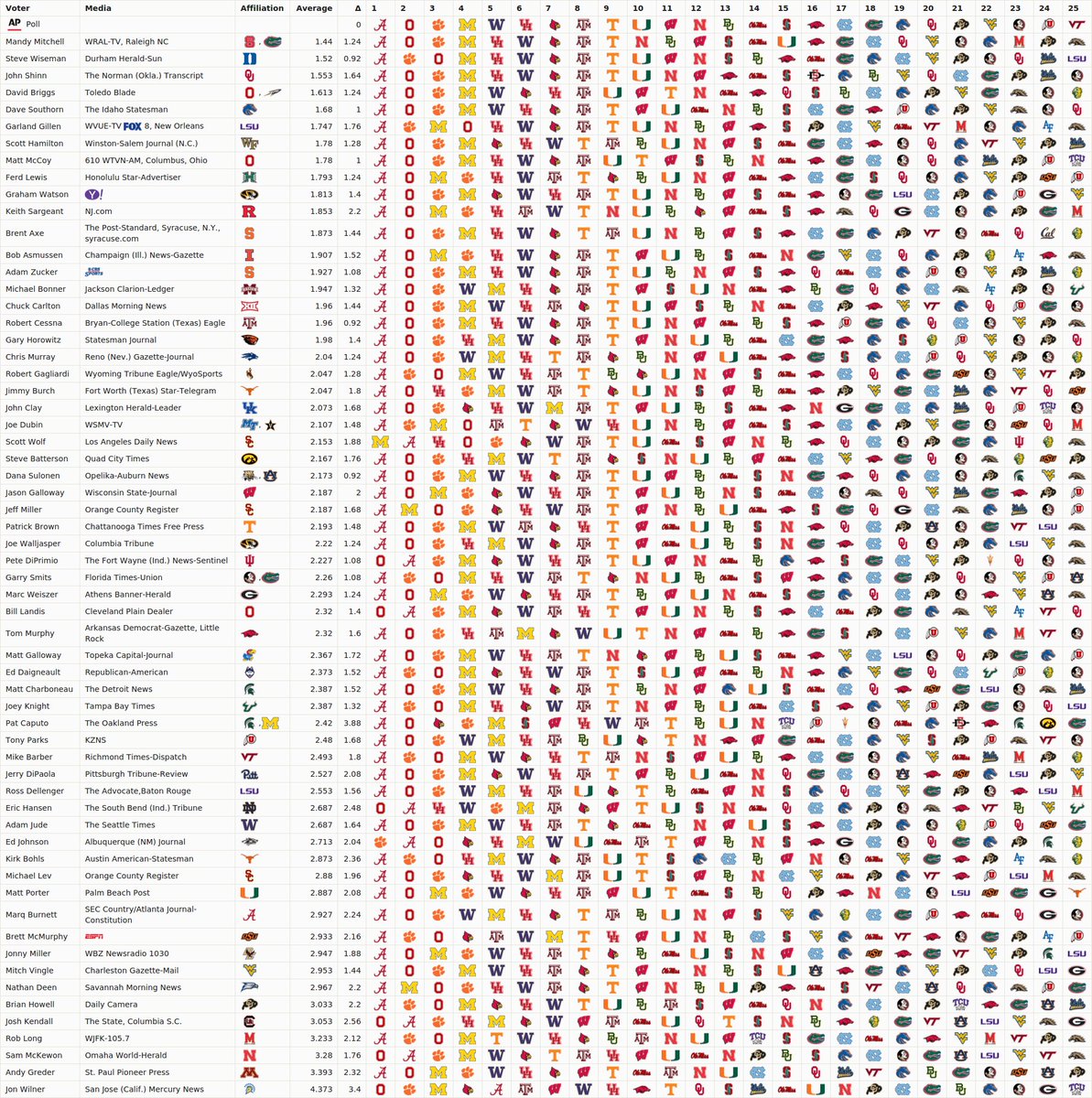